The first time I talked to my transplant recipient Pam, we were on the phone for two or three hours. I know many marrow donors don’t ever get to know their recipients, so I feel lucky. From that very first phone call, it was like we were old friends who just hadn’t talked for a few years. There was never a pause or time we had to think of something to say.

Every time I think about it, even 20 years later, I still get emotional. Never in my wildest dreams did I ever think I would save someone’s life. 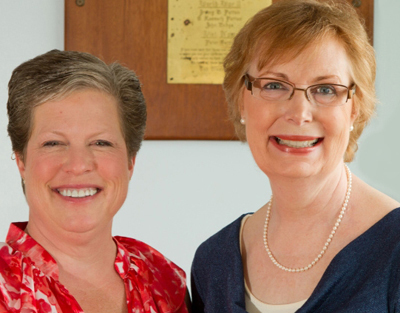 In May 2011, Pam (right) and her donor, Lisa (left), celebrated the 20-year anniversary of Pam's transplant

When I joined the Be The Match Registry® in 1990, there were only about 20,000 people registered. I joined because the mother of a young girl I worked with needed a donor. The community I lived in had a blood drive and I was tested there. I didn’t match that woman, but I joined the registry.

A match for Pam

A few months later I was called to do additional testing for a young boy in need of a transplant, but I wasn’t the best match. I was called as a possible match for Pam just five months after I joined.

I was pretty excited about being a match for Pam. Both my husband and coworkers were very supportive, and I remember thinking that I hoped someone would do this for me if a member of my family ever needed help.

My donation experience was pretty easy. The collection was on a Friday morning. I stayed overnight in the hospital and went home Saturday.* I had my daughter’s birthday party on Sunday.

I returned to my job as a dental assistant on Wednesday and would donate marrow again. I would also tell anyone with the chance to donate to do it. There’s no other reward like it. Even if I hadn’t met Pam and we hadn’t stayed in contact, just knowing she’d survived was all I would have needed. I’m thrilled we’ve become such good friends, but I certainly never expected it.

*Editor’s note: Today, most marrow donors are in the hospital only from early morning to late afternoon, though some hospitals routinely plan for an overnight stay. Donors who donate peripheral blood stem cells – the more common donation method – often donate at a blood center, rather than a hospital, and do not stay overnight.