Finding the light in the darkness: a father’s perspective 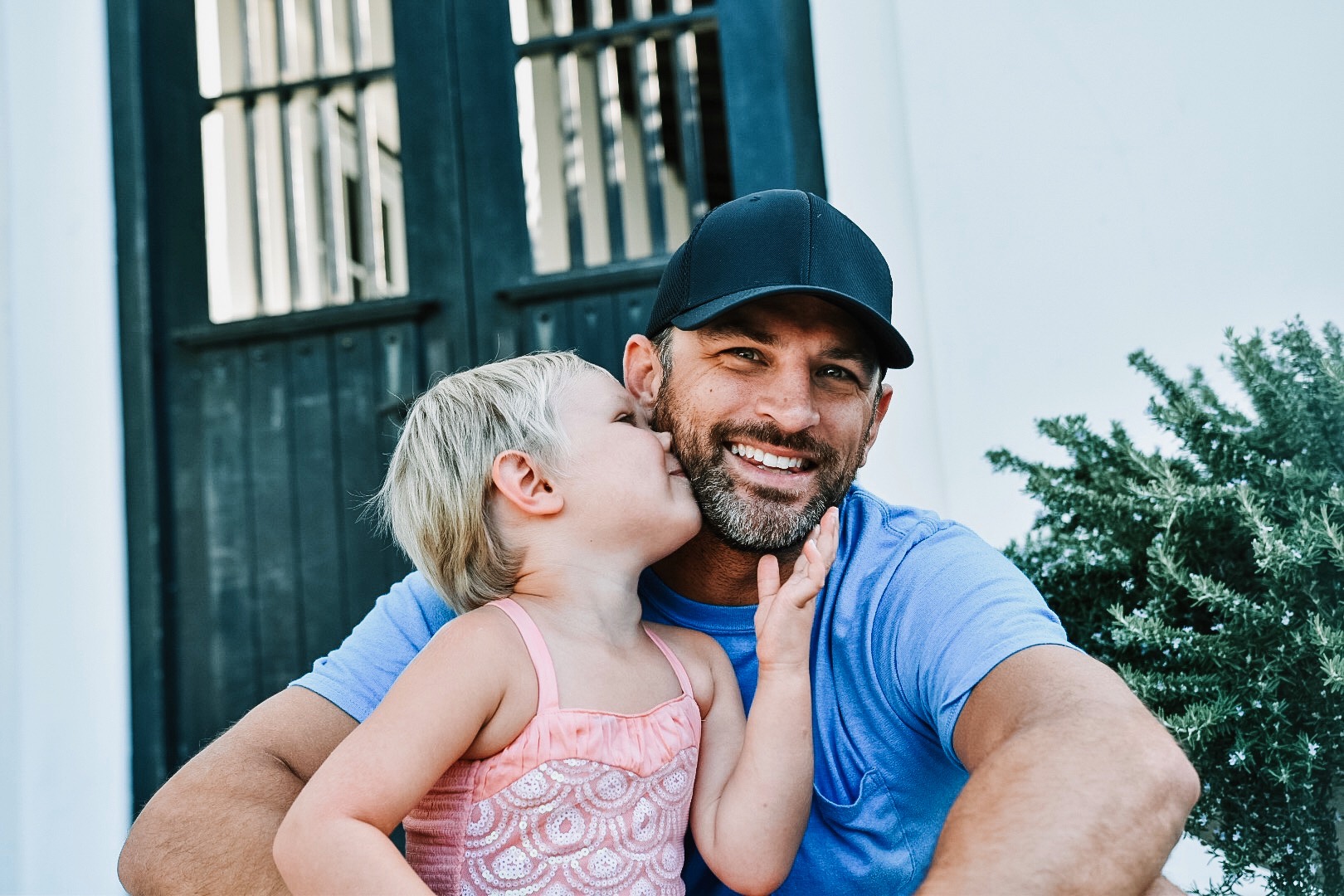 When her dad, Derek, asks Arlie what she enjoys doing, she replies in her sweet happy voice, “Play all the time.” And who can blame her? So much of her life has already been spent doing the furthest thing from that.

According to Derek, his wife Lisa was the first to notice something was wrong. Arlie’s pediatrician chalked it up to a growth spurt, but it quickly grew more serious. “It was like she was throwing up but nothing was coming up,” Derek explains. The next night, her gums started bleeding. “I thought, am I brushing too hard?” Derek remembers. Then, the next morning Arlie threw up blood.

Dozens and dozens of tests at the hospital followed. Then, after what Derek describes as a terrifying seizure, Arlie received a bone marrow biopsy and a diagnosis of acute lymphoblastic leukemia (ALL). “It all just felt so unbelievable—just surreal,” Derek shares. “That was the beginning of a lot of victories and celebrations, with a lot of setbacks and feelings of helplessness.”

Arlie ended up beating the leukemia after a spending month in the hospital with chemotherapy. But two years later, she suffered a relapse that dealt a devastating blow to Derek and Lisa’s hopeful outlook, and left a bone marrow transplant as Arlie’s only chance for a cure. So, while Be The Match® began the search for Arlie’s donor match, Derek and Lisa jumped into action to organize their own donor drives, hoping to help other searching patients find their match too. “It felt like our turn to give back,” Derek says.

Light was starting to peek from behind the clouds. Arlie found her donor match and received her life-changing bone marrow transplant. Then, exactly one year later, Derek, Lisa and Arlie were in the hospital when they received a call from an unknown number and let it go to voicemail. “Hey, this is Ryan…” it began. It was Arlie’s bone marrow donor. Both Derek and Lisa began to cry. It was the absolutely perfect call to get at the hospital for Arlie’s last round of chemotherapy.

Shortly after the call, Ryan, his girlfriend, and Ryan’s mom and dad made the trip from Chicago to Nashville to meet Arlie and her family. Next, it was Arlie’s turn to visit Ryan in Chicago, where she would visit the American Girl store with the person who saved her life.

During Arlie’s time in the hospital, her mom Lisa started a non-profit to bring comfort to other families of pediatric cancer patients. Derek says, “Part of the way Lisa heals is by helping others.” Derek could see how much stress Lisa was under and encouraged her to pace herself, but still he says he’s so proud of her. “What was this difficult time for if we didn’t build something beautiful out of it?”

As difficult as their journey with Arlie was, Derek says he’s now able to view it in a positive light. “We had so much support—both emotional and financial. When we were living at the hospital, people would deliver us meals. Our friends started a GoFundMe page to help us cover costs. And one of Lisa’s friends held a live auction, complete with auctioneer, to raise money. People would leave us such supportive comments on Facebook. And we received so many prayer blankets. There are a lot of good people out there,” Derek says with a smile. “Even in the darkness there was a lot of shining light.”