How one mom turned her emotional battle into hope and healing 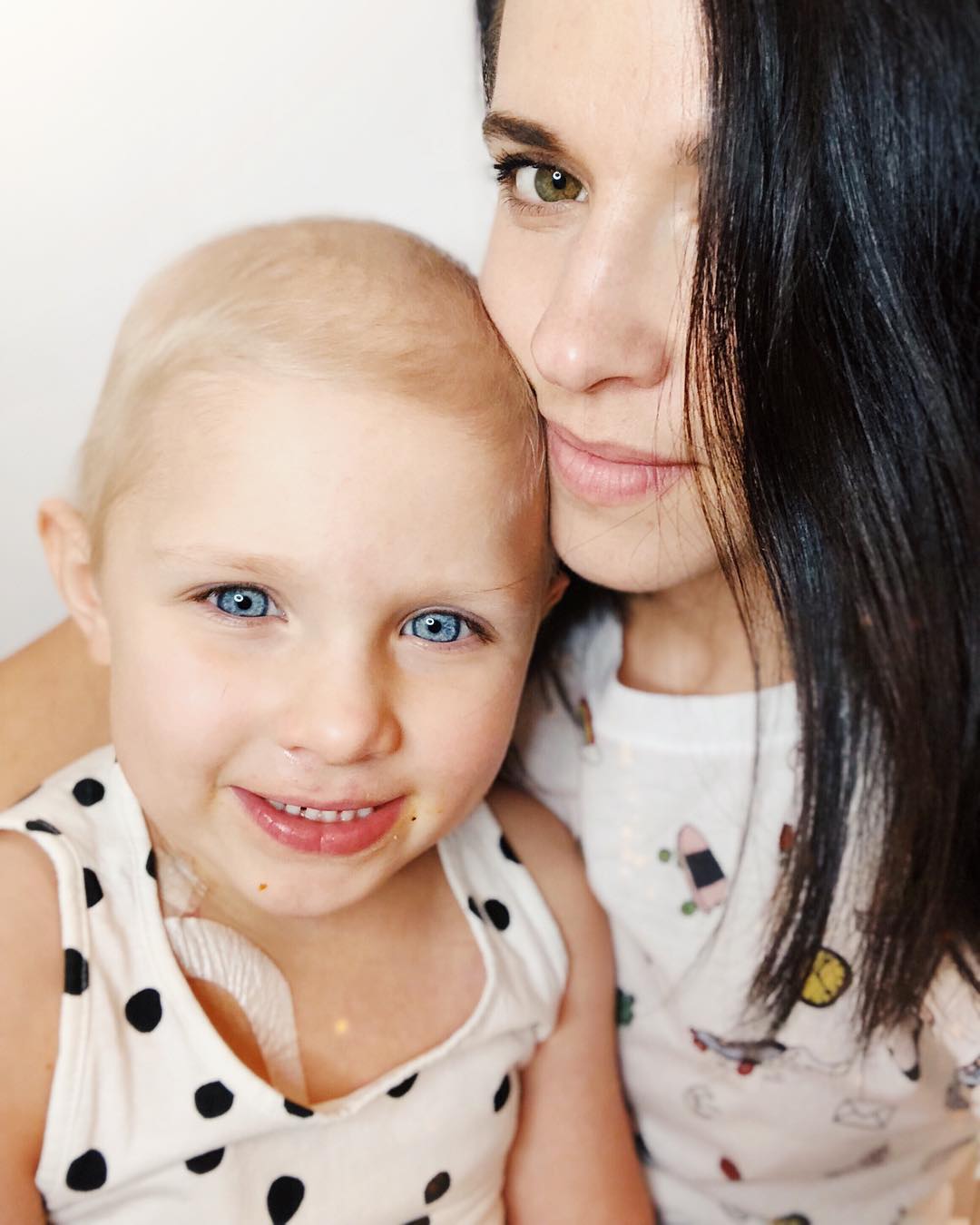 Arlie had always been a healthy child, so when she started feeling very sick, her mother, Lisa, took her to the doctor right away. “They thought it might be growing pains,” Lisa remembers. Arlie continued getting worse, so Lisa took her back to the doctor and Arlie was tested for strep and the flu. The third trip back to the doctor, Arlie was admitted to the hospital with a low platelet count. Eventually she received a bone marrow biopsy and diagnosis: leukemia.

Lisa felt shocked and numb. She describes being led to the cancer floor, “I saw walls of photos of bald children—that’s when it really hit me. I took it really hard—I started to get really angry.” Then her anger turned to denial, “For days, I couldn’t admit my child was sick.” When Lisa saw Arlie hooked up to machines for her first surgery, it tore her apart. Things she wouldn’t typically notice—the beeping of machines, the smell of bandages—were heightened and made her feel sick.

When Arlie started experiencing complications delaying the start of her chemotherapy, Lisa began getting very depressed, not leaving Arlie’s hospital room for 30 days. “You’re trusting complete strangers to keep your child alive,” she says. When Arlie was finally released from the hospital, Lisa felt very scared. “There are so many rules and medications, I thought, can I even do this?” Eventually, Arlie went into remission. Lisa, her husband Derek, and Arlie were finally starting to get some normalcy back.

Then came the call after a chemotherapy appointment: the cancer had come back. According to Lisa, the relapse was harder to take than the original diagnosis. “There were no signs,” she says. “Since I had gone back to work, I wondered, was I too busy that I didn’t notice the signs? I went through all the mom guilt—what did I miss?”

Arlie got into a study for a stronger chemotherapy that required her to wear a therapy-delivering backpack 24/7. Each month, her levels got better, but she needed to be in remission for three months before she could receive a bone marrow transplant. “You don’t know what’s about to happen—there’s sadness and anxiety—you’re grieving but you don’t know what you’re grieving,” Lisa shares. Fortunately, Arlie stayed in remission for the required three months. The search for her marrow donor began.

In just three weeks, Arlie learned she had four perfect matches on the Be The Match Registry®. Thankfully, one, a remarkable 12-out-of-12 perfect match, was eager to help. So, after following a treatment of full-body radiation, Arlie received her marrow transplant—and her second chance at life—thanks to her amazing donor, Ryan.

While her engraftment happened very quickly, Arlie’s recovery has been anything but smooth. She was eventually diagnosed with acute graft-versus-host disease (GVHD) and later had to start chemotherapy again after her red blood cell count plunged. Six months later, her red blood cell count was back up, but her white blood cells were low, requiring daily shots of neupogen plus steroids for the GVHD. Today, Arlie is in remission but still suffers from chronic GVHD.

Through it all, Lisa wondered how she could turn the hardship of their journey into something positive. “When I walked through the hospital, there were so many families or single parents—alone, scared and depressed,” Lisa says. “We were so grateful for the toys Arlie received, but she was too sick to play with them. I wondered, what could we do for the families?” Lisa jumped into action starting their non-profit, Living for Everything, before ever leaving the hospital.

Now Lisa and Arlie deliver comfort kits with some of the same items that comforted Lisa when she stayed with Arlie—plush blankets, pillows, robes—to the families in the hospital fighting the same emotional battle. “Arlie tells everyone about our non-profit,” Lisa beams. “She knows what we do for the families at the hospital—she talks to the kids and gives them comfort kits.”

According to Lisa, she’s finally hopeful for the first time, “I’m happy,” she says. “I want to show families at the hospital some happiness, too.”

Learn how you can deliver hope and healing to patients like Arlie and their families by raising funds with Team Be The Match.