A community of heroes for a common cause 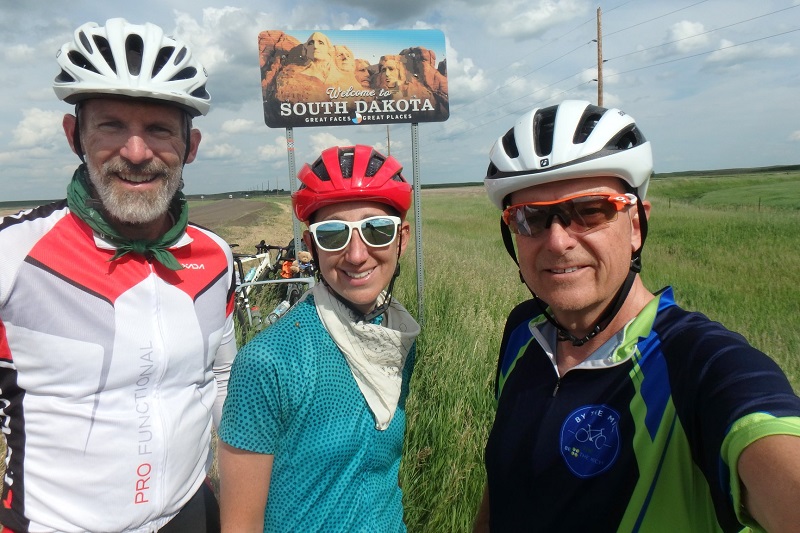 When a spike in blood pressure sent him to the emergency room, Bob F. never expected a diagnosis of leukemia. He had been experiencing “absolutely no symptoms” but suddenly found himself needing chemotherapy to combat acute lymphoblastic leukemia. By late fall of 2009, he received a marrow transplant from an anonymous donor on the Be The Match Registry®.

After his life-saving transplant, Bob F. started Team Lifeblood through Team Be The Match® to raise money to recruit new donors to the registry to ultimately save more lives. To commemorate the 10-year anniversary of his transplant, Bob F. cycled 4,000 miles across the country and has raised more than $25,000!

Joining in to help more patients

On his journey, Bob was joined by two-time marrow transplant recipient Annie, who also had leukemia, and Bob H., whose sister, Linda, is currently receiving treatment for leukemia.

The three advocates have become fierce champions for Be The Match, doing dozens of news interviews along their journey to educate everyone on the need to increase the diversity of the Be The Match Registry so every patient can find a match.

“We want to raise money for Be The Match to add more donors to the registry. There’s still a lot of people from underrepresented groups that are unable to find a match when they need a transplant,” Bob F. said.

In addition to raising funds and awareness, the group hopes to inspire and help patients who are going through the same thing they did.

Bob F. says it best, “There is life after transplant.”

You can learn more about joining the Be The Match Registry and how you can support patients by making a financial contribution.