Strong as an Aspen tree 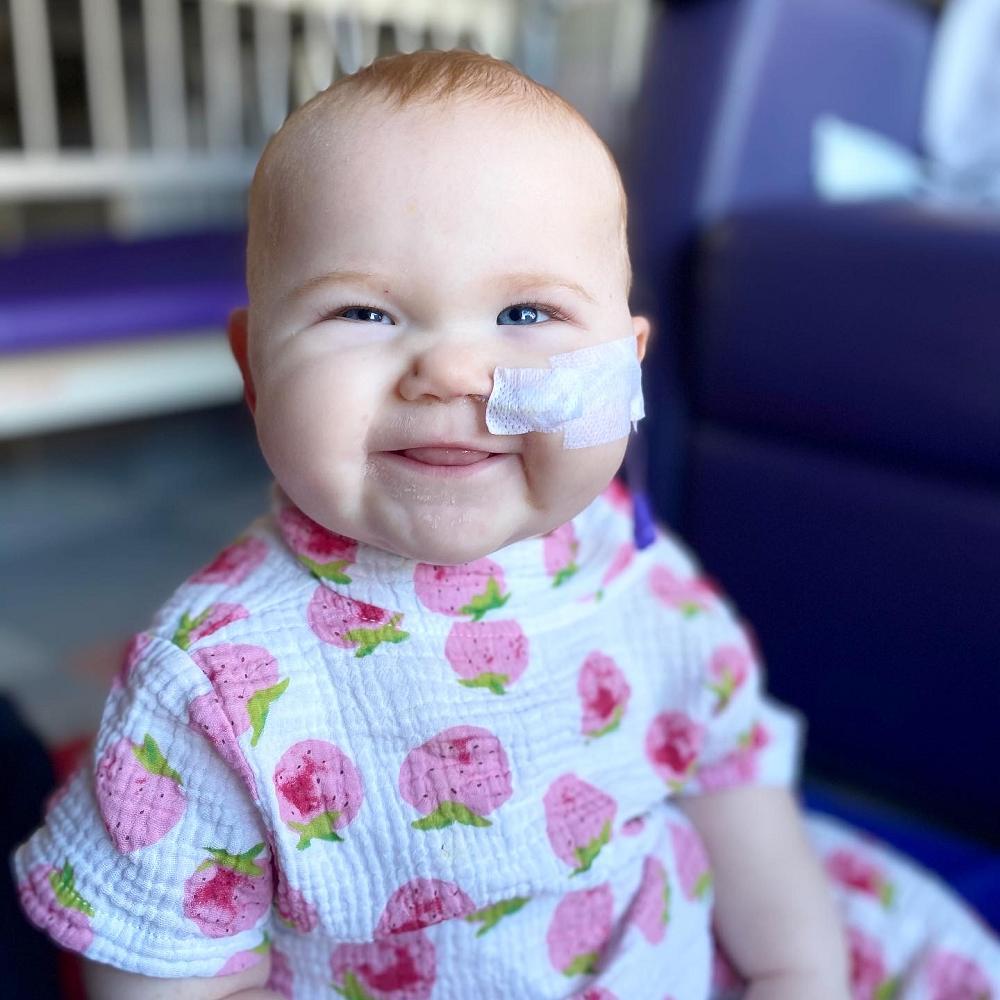 Lifelong camping enthusiasts, Troy and Ashley have always been excited to one day share their love for the outdoors with their children. Their 4-year-old son, Elliot, was born near the rugged Rockies and was himself a certified, tent-going camper at just 3 months. But when their daughter, Aspen—named for the beautifully bespeckled tree—was born last year, COVID-19 put a damper on their plans.

Then, last month, Troy and Ashley received heart-breaking news: Aspen was diagnosed with an aggressive, life-threatening form of blood cancer. Now, she’s relying on a donor to save her life.

Aspen wasn’t feeling well on her first birthday, back in January. Alongside her obvious discomfort, she had also begun to spike a fever and appeared to signal that there was something wrong with her ear. These were symptoms, however, that closely mirrored those from earlier ear infections, experienced by Aspen several months prior. Just as before, when Troy and Ashley spoke to their doctor via tele-health, antibiotics were prescribed. By the following day, though, Aspen’s condition had not improved. Things only seemed to be getting worse as the days went on and soon, a cough began to develop. This time, the doctors prescribed steroids and requested that Aspen come in the following day to be tested for COVID-19 and croup. But the results all came back negative. With still no improvement and continued fevers after the next few days, Troy and Ashley once again phoned their doctor with concern. It had been almost a week and yet nothing had seemed to help their baby. “Take her into the emergency room,” the doctor advised.

COVID-19 protocols meant that only one parent could be at the ER at a time. That morning, Troy drove over and dropped off both Aspen and Ashley. Around 5:30 that evening, he answered his phone to Ashley’s sobbing voice. Unable to understand her through the tears, he soon learned from the doctor that his daughter was very likely dealing with leukemia. Troy dropped to the ground, as everything crashed around him.

Within a day, Aspen began receiving doses of chemo to combat the cancer, but not without adverse effects. During her first night, she become anemic and developed labored breathing. With things worsening, she was whisked down to the ICU. Aspen and her parents remained there until she finally began to stabilize, around 4 a.m. The whole ordeal was incredibly scary—though, additional chemo doses over the coming days were thankfully much better received.

A bone marrow biopsy soon confirmed Aspen’s leukemia diagnosis. However, there was still uncertainty regarding the exact type of blood cancer. Acute myeloid leukemia (AML) was initially suggested, then t-cell acute lymphoblastic leukemia (ALL). Both particularly dire blood cancers, but with very different treatment plans. Finally, after more testing, it was determined to be a rare offshoot of AML—RAM-phenotype acute myeloid leukemia. Studies are still trying to better understand the disease, but it’s generally considered more aggressive and chemo-resistant than its AML counterpart.

Since settling down in the oncology ward last month, Aspen has had both good days and bad. For those moments of distress, brought on by chemo or the intrusiveness of blood tests, there have also been instances where her true, giggly self returns—when her eyes light up after seeing her older brother, Elliot, over a Zoom call. While continued treatment can help to curb the effects of her leukemia, Aspen will ultimately need a stem cell transplant in order to cure her disease. Aspen is searching for that person who shares her HLA type—a sort of highly unique, genetic coding. By signing up today, you could be a match for Aspen and patients like her.