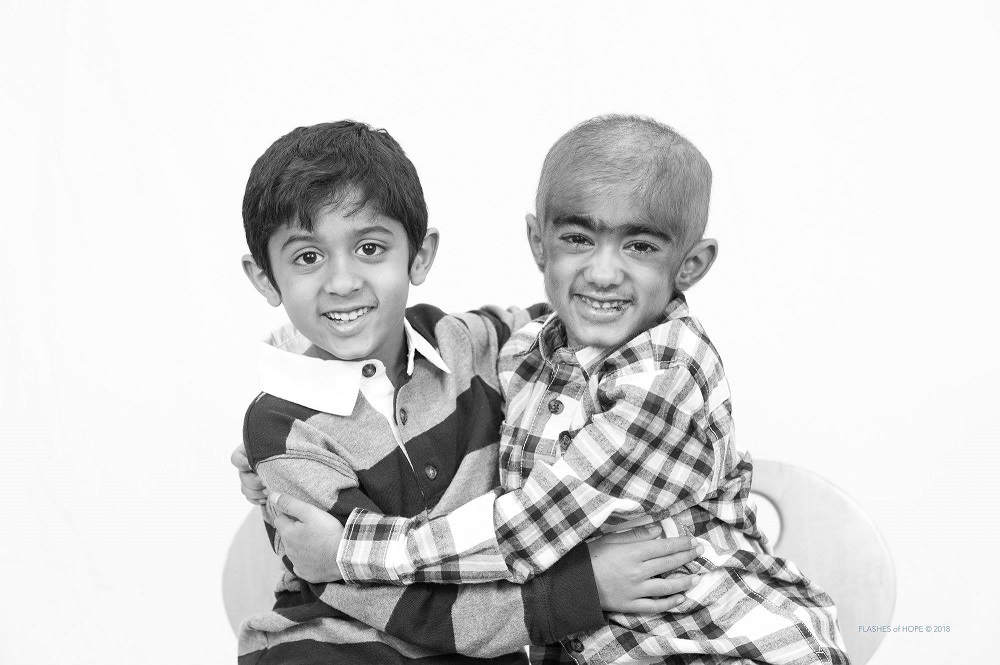 After learning he had several matches on the Be The Match Registry®, Hadi launched his first fundraising page through Team Be The Match at age 6. Being ethnically diverse, it was against the odds for Hadi to find a perfect match on the registry, but he did. He also knew that not all patients are as fortunate and was determined to make a difference. Although Hadi lost his battle, his impact lives on through his legacy. Not only did Hadi do his part to increase awareness for Be The Match® and recruit new, diverse individuals to join the registry, he and his family raised $74,000 through their fundraising efforts. When Hadi passed in 2018, his mother, Saira, established Hadi’s Fund for Diverse Recruitment to continue the incredible work Hadi began. This Black History Month, Saira shares a peek into Hadi’s story and his remarkable legacy.

“Wait, he has matches?” I asked the doctor to repeat that my beautiful son, Hadi, had plenty of full, unrelated matches on the Be The Match Registry. I had heard of the lack of matches for ethnically diverse patients and we are South Asian. Hadi was diagnosed with aplastic anemia in September of 2017. After we discovered his twin brother, Zakaria, was not a match, we were sent to the National Institutes of Health (NIH) for immunotherapy. When immunotherapy was unsuccessful, we were told to go forward with a bone marrow transplant from an unrelated, matched donor. I can almost feel the anxiety I felt that day when I heard that information.

Everything moved quickly after we were told Hadi had matches. Four possible donors were contacted to determine availability. The tears rolled down my face as I think about how the NIH donor coordinator said she was surprised with how quickly Hadi’s donor signed up and went through the process. I thought about her and wondered if she was South Asian and how grateful I was to her. Covid-19 has prevented us from meeting in person, but I am hoping it happens as soon as possible.

Once Hadi heard he had a match, he decided that we had to give back to Be The Match and so we began our Team Be The Match fundraising. I will forever be immensely proud of Hadi for many, many reasons but watching my child make sure his ethnically diverse nurses were signed up for the registry is an indelible memory. The kid was relentless with reminders and I beamed with pride as he stared down one of his favorite nurses until she signed up.

It is Black History Month and it pains me to know that there is still only a 23% chance for Black and African American patients to find a match on the registry. Hadi was able to have multiple matches and while he unfortunately passed and is in heaven showing off his Rubix cube skills, I know he wants to see the chances for ethnically diverse patients continue to increase. He might even do a booty shake for each increase.