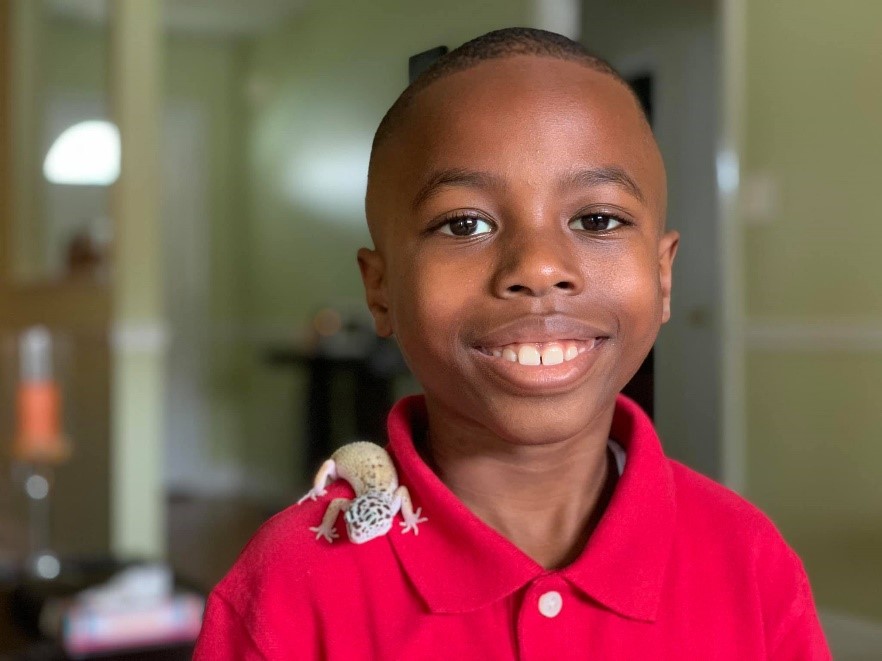 If you were to see 10-year-old Thor eagerly reeling in a big fish or dancing around on the beach with his family, you would see someone who’s goofy and curious and in every apparent way a typical 4th-grader with a cute, beaming smile. What you wouldn’t see are the blood transfusions that he receives every six or so weeks, or the debilitating pain crises that he’s had to endure his entire life. Shortly after birth, Thor was diagnosed with sickle cell disease (SCD), a blood disorder that affects more than 100,000 people in the U.S. and about one in 365 African Americans. The disease warps the shape of red blood cells flowing through your body, and causes them to get clogged, which puts patients at a higher risk of stroke and manifests in myriad daily discomforts. Thor has grown up dealing with the effects of sickle cell – it’s a part of the everyday world he knows; sometimes when he’s playing with friends, he gets tired a little more easily; there are also days when an intense pain crisis will decide to strike.

But in the face of these hardships, it’s the absolute glee with which Thor approaches life that truly shows his strength. Recently, his family added a new member in Thor’s pet leopard gecko, Means. The two are inseparable; Means can often be found patiently perched atop Thor’s shoulder or accompanying the fam on a weekend vacation. During quarantine, Thor also started his own YouTube channel, uploading strategy videos on computer games like World of Warships. It’s easy to tell that Thor is having fun.

Ultimately, in order to be cured, Thor will need a stem cell transplant from an unrelated donor. His family has been actively searching the Be The Match Registry® since Thor was four, but they’re still waiting for the right person. Because DNA plays such a huge factor in successful matches, patients are far more likely to find donors who share their ethnic background. Unfortunately, a racial disparity exists in the pool of available donors. As a result, African American patients like Thor only have about a 23% chance of finding their match.