Anton is using his experience to help more patients 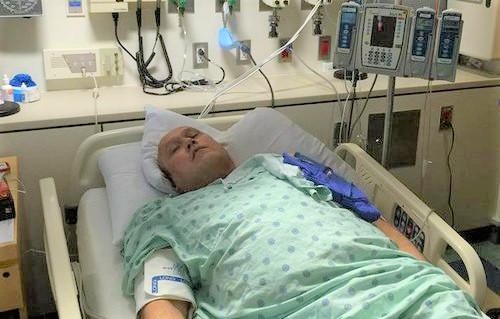 At 41 years old, Anton woke up one morning with excruciating pain in his left knee. He had never experienced pain to that degree before. When his other knee began to hurt, he knew something was wrong. Anton went to the emergency room and learned that he had a serious bacterial infection in both of his knees, which was causing his tremendous pain. He spent the next several days in the hospital and ICU recovering.

About a year later, Anton came down with a severe fever and pneumonia. Between the infection and sudden illness, Anton knew something more serious was affecting his body. Blood work was done and eventually, he was diagnosed with multiple myeloma.

After fighting cancer through other therapies, the day finally arrived when a marrow transplant was Anton’s only hope for a cure. His brother and sister were tested but, but like 70% of patients, his siblings weren’t a match. Fortunately, Anton’s donor was found through the Be The Match Registry® and he received his second chance at life in 2016.

Anton’s battle with cancer lasted more than three years, and after transplant, his life was forever changed. He vividly remembers how scary and confusing this time was, although he tries to forget. Today, Anton has found peace with his experience and is grateful that he received a cure. Just recently, his life has started to feel more “normal” after battling cancer for so long.

Anton is grateful for his gift of life, so he supports Be The Match® with a monthly financial gift. When asked why this is important to him, he says, “People need to be helped.” Anton’s reliable support is his way of paying it forward so other patients like him can receive their cure, too.

You too can start a monthly gift today to support patients on their journey to surviving cancer.