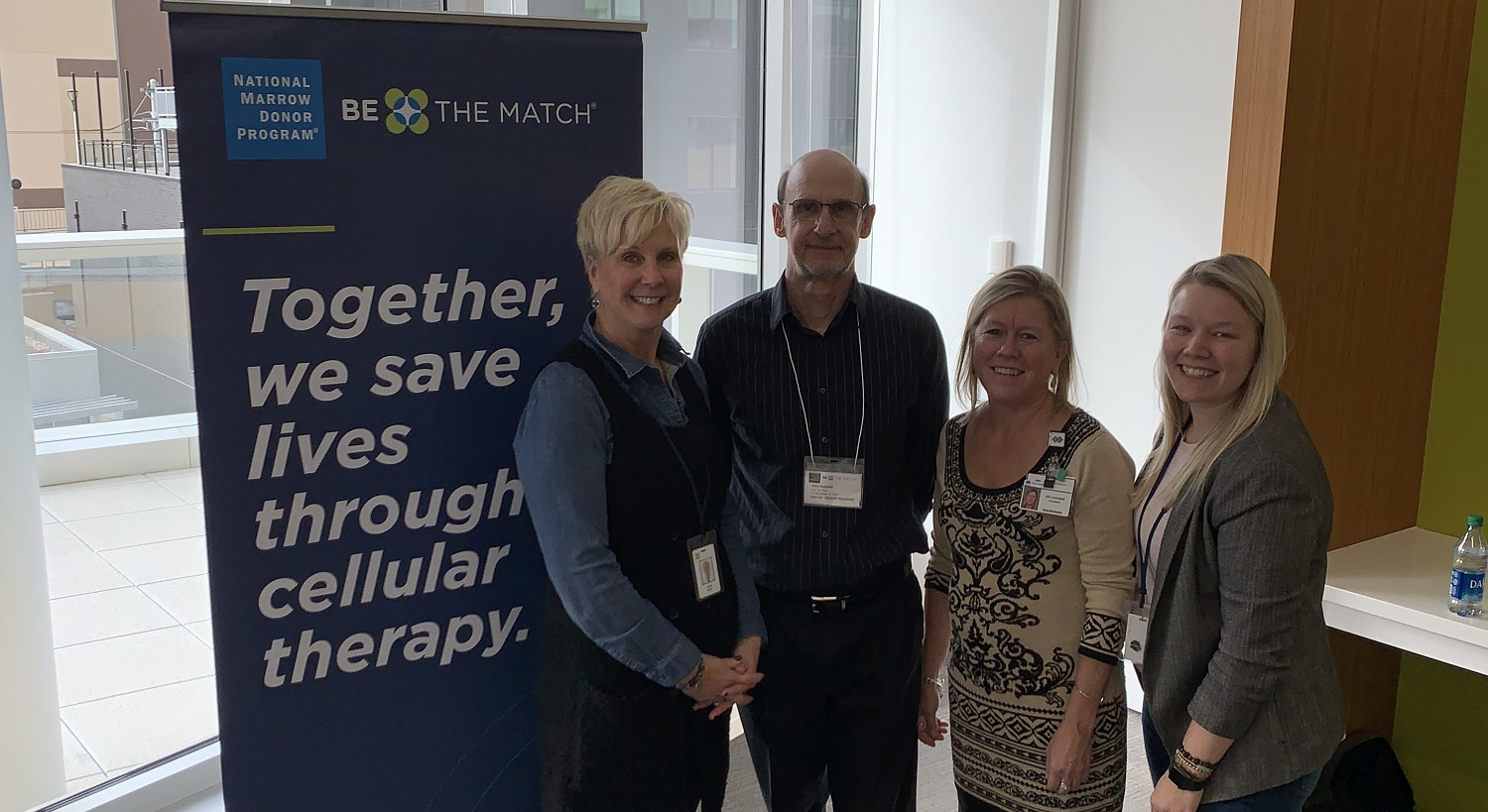 “Accidental” is how Steve refers to his acute myeloid leukemia (AML) diagnosis. Or, the first part of a long story about why he’s alive.

“In the summer of 2016, I went in for my annual physical,” he says. “After the results of my blood work came back, I was sent almost immediately to an oncologist.” After a bone marrow biopsy, Steve received an AML diagnosis. The next day, he was admitted to Park Nicollet Methodist Hospital to begin his chemotherapy regimen.

Steve had a difficult choice to make: more chemotherapy with a risk of relapse, or a stem cell transplant that would be a higher risk procedure but with better long-term outcomes. “My wife asked my doctor, ‘If this was your husband, what would you want him to do?’” Steve shares. “My doctor replied without hesitation, ‘Go for the transplant.’”

He decided to proceed with the transplant knowing it was his best option for a cure. His next step would be to find a donor match. After two cord blood matches were found, he received his transplant at the University of Minnesota Medical Center. Remarkably, his cell engraftment happened in just three weeks and his transplant was a success with almost no side effects at all.

After his life-saving transplant, Steve had more gratitude than he knew what to do with.

“My wife and I were working on our wills and thought a planned gift would be a meaningful way to give back,” he says. They contacted the University of Minnesota and Park Nicollet Foundation first since they played significant roles in Steve’s journey.

According to Jill Leonard, development officer at Park Nicollet Foundation, “Steve shared more about his journey and his desire to know more about his donor. I encouraged him to contact Be The Match® and learn more about how they match donors to patients.” He was told that his “baby donor” (whom he playfully named “Ralph”) must remain anonymous, but he also gained a broader appreciation of the life-saving work done by Be The Match. With this newfound knowledge, Steve decided all three organizations that played a role in saving his life—Park Nicollet, University of Minnesota and Be The Match—should be a part of his legacy through planned giving.

Today, Steve says he’s turned his leukemia survival into a post-retirement career. When he’s not promoting his memoir, How Steve Became Ralph, he spends his time speaking on behalf of all three organizations, volunteering by phone for Be The Match’s Peer Connect program, and visiting with cancer patients as they prepare to receive a transplant at the University of Minnesota Medical Center—the exact same place he received his. Most recently, he underwent training to be a Be The Match Volunteer Ambassador and recruit new donors to increase and diversify the registry of potential donors for future patients.

To learn more about supporting the work that matters most to you, contact Amy Bigot at Amy.Bigot@nmdp.org or visit our website to learn more.