AJ is searching for his miracle 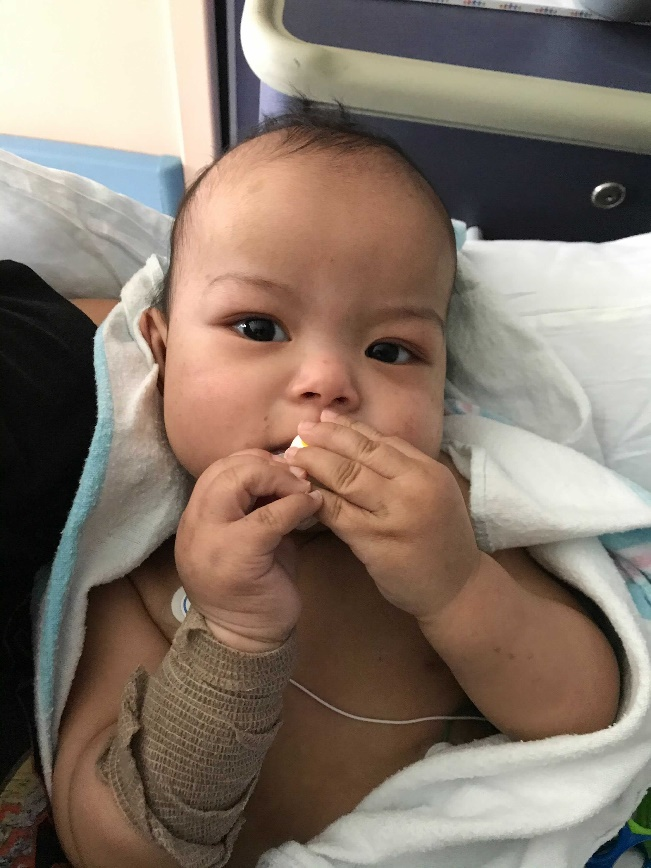 Little AJ is truly a “Miracle” baby. After trying for so long to conceive, his parents were finally blessed with their beautiful baby boy earlier this year. AJ defied the odds and stole their hearts with his smiles, giggles, and endless perfection. But at just 9-months-old, things suddenly took a turn for the worst. AJ began rejecting his food and bottles – and what little he did eat had a hard time staying down. Typically a bustling ball of energy, AJ also seemed especially fatigued. Concerned, his parents began trying to problem-solve with his pediatrician. In early October, with his condition failing to improve, and on their pediatrician’s advice, his parents took him to the emergency room. The rest of the day blurred by with flashing lights, numerous tests, a rotation of nurses, and mounting anxiety. Soon, AJ was diagnosed with a rare form of myeloid leukemia and T-cell lymphoma.

In order to be cured, AJ needs a blood stem cell donation from an unrelated donor. However, he doesn’t currently have any matches on the Be The Match Registry®. AJ’s parents are now searching for another miracle – someone to save his life.

DNA also plays an important role in the matching process, since patients are mostly likely to match with donors who share their ethnic background. AJ is of Filipino descent, which means his donor is more likely to come from this community. Unfortunately, Filipinos are significantly underrepresented on the registry.

Thousands of blood cancer and blood disease patients like AJ need your help. You could literally be their cure – you could be the miracle AJ’s parents are hoping for.