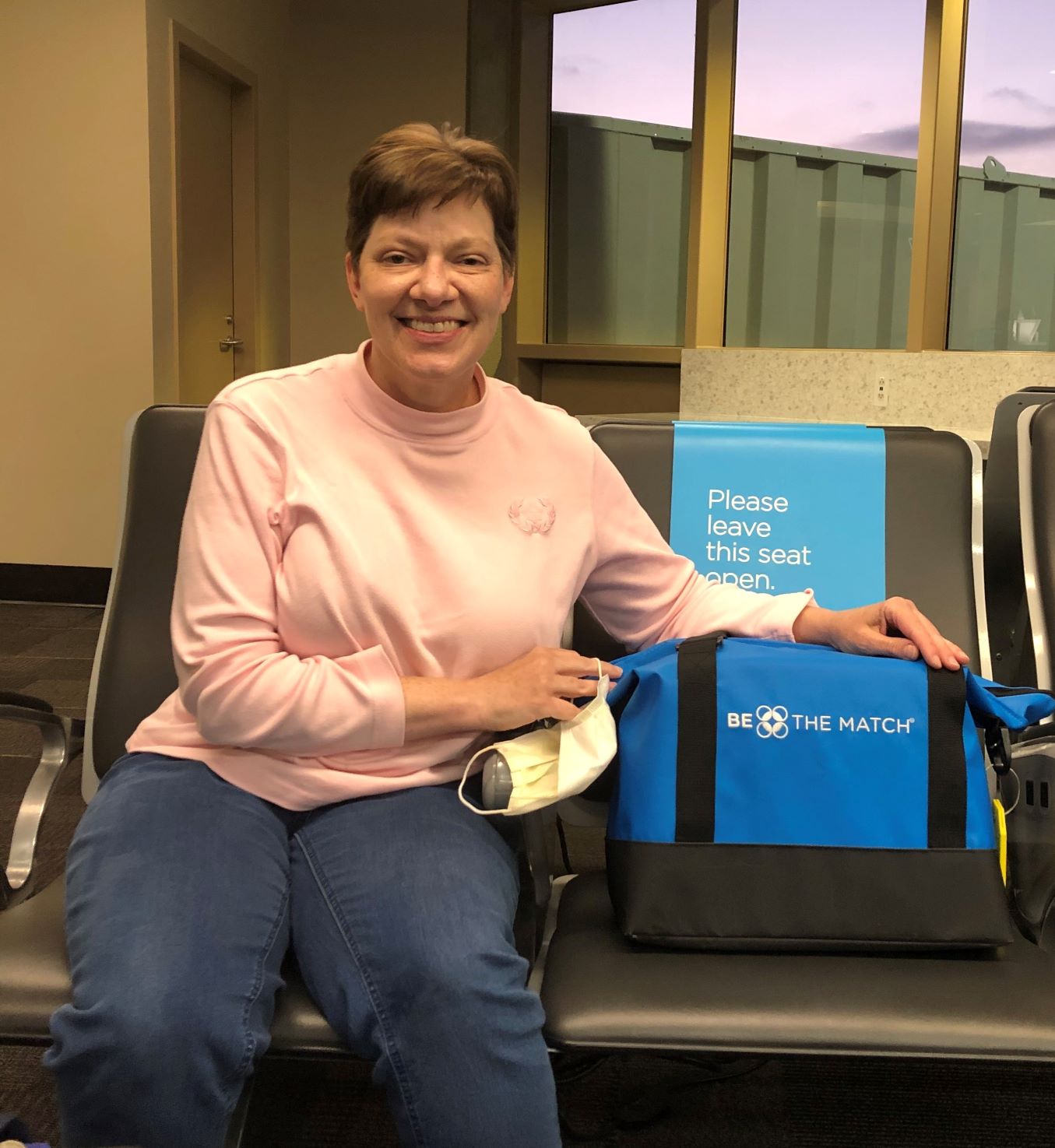 Back in 1999, while working as a research product development scientist, Bridget began experiencing symptoms of extreme fatigue and easy bruising. Almost two years and eight doctors later, she was diagnosed with paroxysmal nocturnal hemoglobiunuria (PNH). A bone marrow transplant was her only chance of survival.

With no family member who was a suitable donor match, an unrelated donor match from Germany was found on the Be The Match Registry®. Fortunately, he said yes right away and Bridget had a successful transplant in September 2008.

At her ten-year transplant anniversary, now working as a hospice chaplain, Bridget began planning a trip to Germany to meet her donor in person. But she started to experience those familiar symptoms again: extreme fatigue and easy bruising. “I thought it was because I was putting extra-long hours in at work since a coworker had just quit,” she says. “I thought the bruising was because of yard work.”

After her symptoms started getting worse, Bridget contacted her doctor. Two months later, she was diagnosed with myelodysplastic syndrome (MDS) and immediately started chemotherapy treatment. Then, six months later on January 9, 2019, she received her second gift from a stranger: a marrow donation from a match in England for her second bone marrow transplant.

Finding two ideal matches on the Be The Match Registry® who both immediately agreed to donate. Having the same care team at Ronald Reagan UCLA Medical Center for both transplants. And the caregiving support of both her mom and dad throughout both transplant journeys. It all made Bridget’s journey so incredibly meaningful that she wanted to give back.

Now as a volunteer courier for Be The Match, Bridget’s experiencing first-hand what it takes to get a donor’s life-saving cells to the patient awaiting transplant. She was trained in January as a courier and she’s already gone on four trips—and hoping to do one trip a month going forward.

She’s also planning a legacy gift to Be The Match through her estate, hoping her financial gift will help others. “Be The Match was a main part of my medical team,” Bridget says. “Until the day people don’t need transplants, Be The Match is such a worthwhile cause, treating patients, donors and couriers with such generosity and kindness.”

But that’s not all. When it’s safe to do so in terms of COVID-19, Bridget also hopes to get involved in donor recruitment drives.

“I love how Be The Match shows love for others,” she adds. “The entire organization is so dedicated to helping patients and giving them a second chance at life—for some, a third chance.”

If you’re interested making a legacy gift by including Be The Match in your estate planning, please email Amy Bigot or call her at (763) 406-8725.

Related Posts
A critical improvement for couriers
Susan shares her time, talent and treasure with Be The Match
Team Be The Match Champion Challenge
Meet Lorayne: Peer Connect volunteer