A Medical Wonder: Deegan and his successful battle with AML 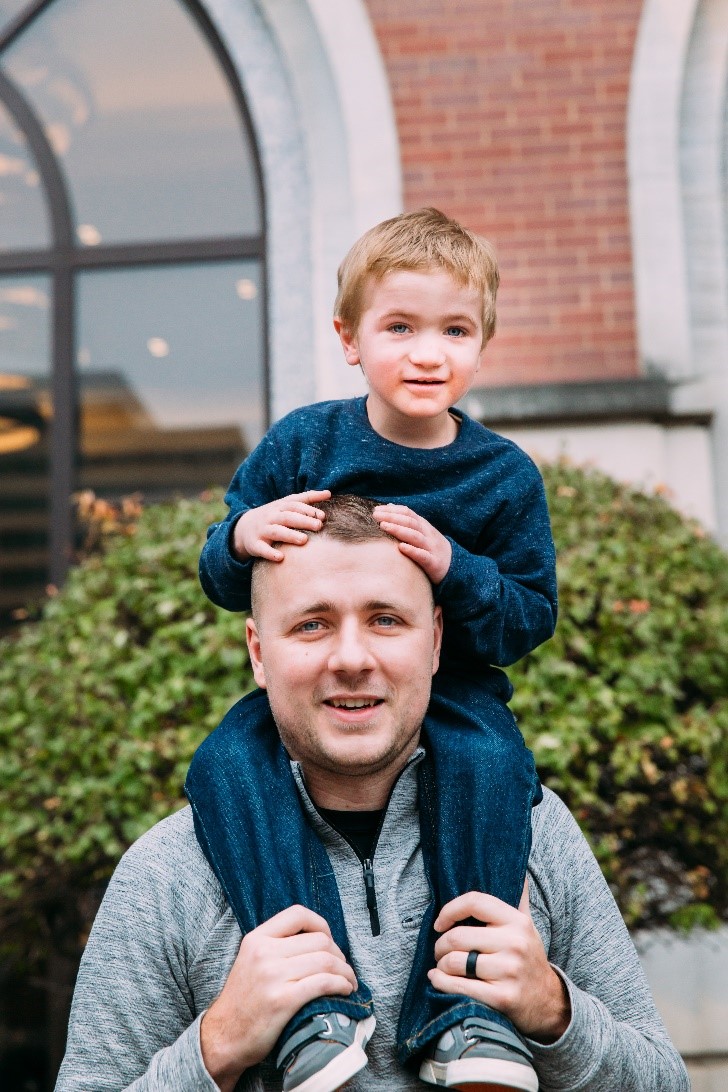 Six-year-old Deegan was diagnosed with acute myeloid leukemia (AML) in 2016 at just two years old. His diagnosis began a long and difficult journey for him and his family. Over the next eight months, Deegan went through five rounds of chemotherapy, but the cancer remained. Doctors determined that a bone marrow transplant was the only way to save his life. Deegan and his family turned to the Be The Match Registry® to find a donor.

“As a mother, you are supposed to kiss their wounds and make them better, and when you’re put in that situation… you can’t,” she said. Fortunately, Deegan was able to find a match quickly and received a marrow transplant on August 10, 2016. Doctors called him a “medical wonder” because he responded so well to chemotherapy and his body’s reaction to transplant was very advanced.

“I’ve never seen a kid – and I have seven – as strong as him,” said Amy. Deegan was fortunate enough to meet his donor, Chase, at the Be The Match Council meeting in 2017. Today, he is a happy and healthy kid as he continues to move past his cancer diagnosis.

September is Blood Cancer Awareness Month and Be The Match® has set a goal to raise $30,000 in 30 days to support blood cancer patients like Deegan during their road to recovery. From growing the registry to providing financial relief, your gift will help support the thousands of patients diagnosed with blood cancer who have not yet received their life-saving transplant. Give today!