Dr. Lam Do, whose son’s life was saved by a bone marrow transplant, will lead a team in a cross-country cycling race to help register potential donors.

Kaiser Permanente doctor Lam Do will trade his white coat for a cycling jersey when he leads Team SuperMarrow in the 9-day, 3,000-mile Race Across America (RAAM). Their mission: to save lives by raising awareness about the need for ethnic diversity among marrow and blood stem cell donors.

It’s a cause Lam knows well. In 2001, his 18-month old son, Luke, was diagnosed with leukemia. Hope lay in a marrow transplant, but like 70% of people, Luke needed a donor outside his family.  The family turned to Be The Match to find an unrelated donor. Because Luke is multiracial, his chances of finding one were slim. Due to a lack of diversity on the Be The Match Registry, some ethnicities have as little as a 1 in 5 chance of finding a donor.  But Luke was one of the lucky patients who found a match.

Lam will draw on his family’s experience to power through the challenges of RAAM, which kicks off from Oceanside, California on June 15 and ends in Annapolis, Maryland on June 23. Billed as “The World’s Toughest Bicycle Race,” it crosses 12 states and climbs a total of 175,000 feet — with Lam slated to take many of the uphill stretches in the relay.

“My son was dying. That pain was greater than me going up a mountain,” he says. “That puts it into perspective for me.”

The ‘miracle’ of finding a match

“Our lives changed overnight,” Lam says. The couple, who were expecting their second child, brought Luke from their home in San Jose to the children’s hospital at Stanford University. Luke began chemotherapy and that October, his sister, Christina Hope, was born. The family had hoped stem cells from Christina’s umbilical cord blood would be the cure her brother needed, but she wasn’t a full match. Since Lam and Sarah weren’t matches either, they needed to find an unrelated donor.

Luke was getting sicker. Then, just before Christmas, they heard the good news. Luke had a potential match.

“We had a miracle because his donor was already on the registry and his donor agreed to go forward,” Lam says.

The transplant took place 4 days before Luke’s second birthday. There were challenges as Luke’s body adapted to the new blood stem cells, but it proved to be his cure. Luke recently celebrated his 19th birthday.

After a one-year waiting period when donor and recipient aren’t allowed contact,  Lam, Sarah, and the donor, Randy Yamanaka, a police officer in Seattle, released their information to each other. They exchanged emails and when Luke was 4-years-old, the family traveled to Seattle to meet Randy.

“The first time [Luke] met Randy, he didn't know what to say, he was a kid,” says Lam. “We were the parents. We were like, oh my god, how can you thank a person enough for saving your son's life?”

They’ve kept in touch over the years, mostly over email, with the most recent reunion in 2016 in Seattle.

Randy’s donation has other lasting effects. After being denied paid time off for the procedure, Randy wrote to Washington governor, Gary Locke. As a result, Seattle changed its policy for city employees and Locke signed an executive order that gave state employees paid leave for voluntary and life-saving procedures such as marrow or blood stem cell and organ donation.

Years later, Lam and Luke traveled to Sacramento to support the Michelle Maykin Memorial Donation Protection Act. Inspired by Washington’s law, it requires employers in California to provide up to 5 days of paid leave for marrow or blood stem cell donation. Governor Arnold Schwarzenegger signed the law in 2010 in front of Lucile Packard Children’s Hospital at Stanford where Luke had his transplant.

Gearing up for the race

When Lam joined Kaiser Permanente in 2013, shortly after the family moved to Oceanside, he could cycle 50 miles. Then a staff member invited him on a bike ride, inspiring him to tackle longer rides. Soon, Lam was cycling 100-miles, then 200-miles, and then San Diego’s 6,000-foot Mount Palomar. Still, RAAM is a leap for someone who only started cycling 7 years ago.

“I'm scared. I've never done this,” Lam says. “This is our rookie year —the logistics are unbelievable.”

During RAAM, a cyclist from the 8-person team must be riding at all times, 24 hours a day. A support crew will follow in a van and RV, including Christina, who’ll help film the race.

Team SuperMarrow, which has adopted a superhero theme, will start the race wearing their superhero capes. Lam, known to the team as Captain A’marrow’ca, will take the first solo leg.

The team includes 2 other Kaiser Permanente doctors — Dr. Matthew Lux (Superhero Dead Pool), a urologist based in San Diego who’ll be cycling, and Dr. Patricia Chu, a doctor of internal medicine and pediatrics at Kaiser Permanente Oceanside, who’ll be a driver. The rest of the team and crew includes Lam’s patients and their family members. Watch coverage of Team SuperMarrow.

Team SuperMarrow is also raising funds for the Asian American Donor Program (AADP), which helped in Luke’s donor search by hosting registration drives and press conferences.  Learn more about the team and how to donate to AADP at TeamSuperMarrow.org.

Interested in becoming a potential bone marrow or blood stem cell donor? To get started: 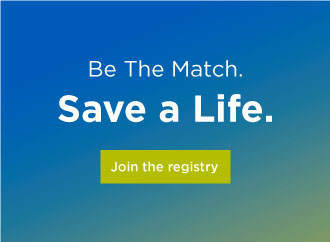