Remember this surprise? How could anyone forget? Zeke surprised his family at HOME for the first time after over 100 days in the hospital.

Zeke was admitted to Children’s Hospital of Philadelphia in March of 2020. His parents and three siblings uprooted from small-town Virginia to live in a rental house so they could be near him during the fight of his life. But, as timing would have it, it was the same week hospitals started restricting visitors due to COVID-19. That meant Zeke had to spend most of his time with only one parent, not seeing his siblings (or anyone else) for months at a time. 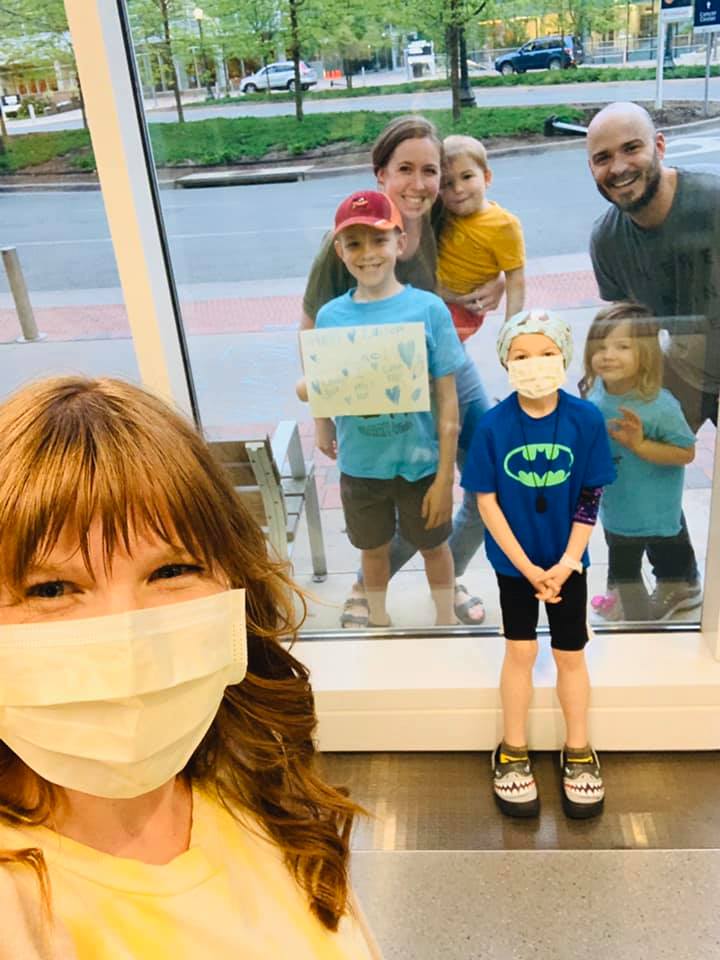 Zeke and his mom visiting his family through the window of the hospital due to COVID19 restrictions.


In July 2020 Zeke received a stem-cell transplant from an anonymous donor on the Be The Match Registry®. His journey has been one of rare circumstances, and his transplant was no exception: When Zeke’s body rejected the stem cells, his medical team rallied to find him a second donor from the registry and Zeke received his second transplant just weeks later.

Despite a global pandemic, both donors stepped up exactly when they were needed to try to save Zeke's life.

Now, thanks to his faith, incredible strength, and two stem-cell donors, Zeke gets to be a kid again.

Just this month, Zeke and his family traveled to Minnesota via private flight thanks to a very generous donation from our partner Jet It. They met Jen, Zeke’s first donor, and Marc, Zeke’s second donor for the very first time. Emotions and gratitude were running high during both meetings.

Jen joined the Be The Match Registry after watching a segment on the Today show that featured a patient in need of finding their match. When she got the call to donate years later, she never hesitated to move forward, even during a pandemic. Despite her cells not engrafting in Zeke’s body, Jen, Zeke, and his family will forever hold a special bond.

When speaking of Jen, Zeke’s mom said “We think of her as a part of god orchestrating saving Zeke’s life. Her saying yes; any time anyone says yes to donate; it’s a chance for life.”

On stage at the Be The Match Gala, Zeke and his parents could hardly wait to learn more about the second anonymous person whose cells now run through Zeke’s healthy body. The man they’ve thought about every day for over a year.

Marc joined the registry for his best friend, Clint. Clint battled leukemia and received a bone marrow transplant from an anonymous donor. Although Clint ultimately passed away, Marc believes Clint’s legacy is living on through his stem-cell donation. When he received the call that he was a match he said “absolutely” and never looked back.

When Marc joined them on stage to meet for the very first time, Zeke ran into his arms. It was a moment that had the entire room, the virtual audience, and his parents in tears.

“Even the other day we were all outside in the yard. All the kids were playing, all 4 of my children were playing out there, and I just thought what if I was only calling 3 of their names right now to come out and play with me… We don’t know what tomorrow brings or what the years bring; but we've had another year of life with Zeke because of this donor” shared Zeke’s mom, Danielle.

To support more patients like Zeke and make more moments like these possible you can join the registry and give to Be The Match at BeTheMatch.org/Zeke.