Why Mary and Des generously invest in research 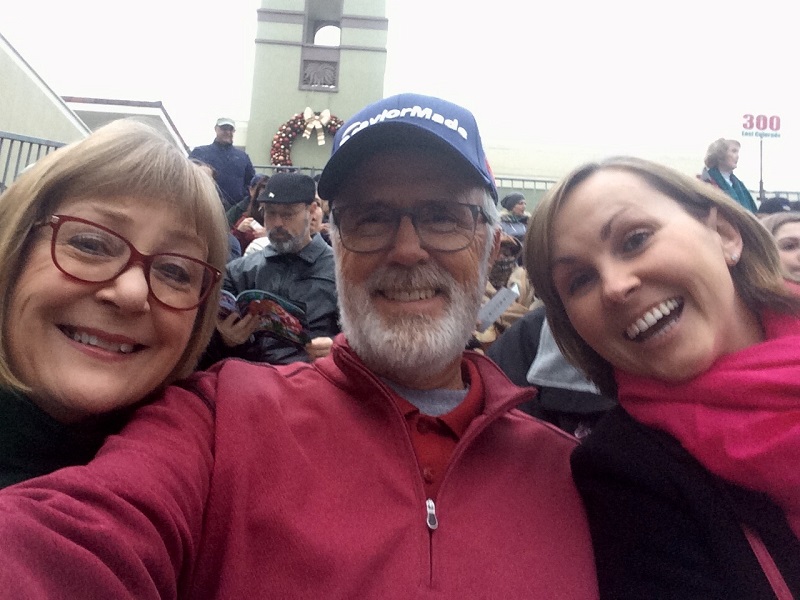 Mary and Des have always preferred to focus on what’s positive rather than negative. They also know the importance of time—how important it is to take advantage of the time we have with those we love. Surviving their daughter’s battle with cancer has made these values even stronger and inspired Mary and Des to make a significant donation to Be The Match® in support of marrow transplant research, so that other families can share more time together.

Mary and Des’ daughter, Meredith, was in the prime of her life. In 2014, Meredith was a newlywed and in the middle of her radiology residency after medical school. Her workload was demanding, so when she began to feel exhausted, she wrote it off as stress. But, when she was having trouble breathing one night, she ended up in the emergency room. It was then that she was diagnosed with leukemia. The diagnosis set into motion a long, difficult journey. Meredith needed a marrow transplant and since her brother wasn’t a match, an unrelated donor was needed. Fortunately, several matches were found on the Be The Match Registry® and Meredith received a marrow transplant during the summer of 2015. She faced challenging setbacks during recovery like infections and graft-versus-host disease and was in and out of the hospital for several months. Eventually, Meredith reclaimed her life—she returned to her residency and became a radiologist. She and her husband bought their first home and even welcomed Kevin, a lovable Labrador, into their family.

Finding healing and giving back

What Mary and Des recognize is although Meredith’s experience was extremely difficult, they had a lot of advantages based on their circumstances. Due to Meredith’s heritage, she had multiple available matches on the registry. They had a close circle of loved ones by their side at all times. And they had the means to get the medical care Meredith needed.

Throughout their journey, Mary and Des connected with many families that were not as fortunate. In fact, when asked why they felt that it was important to support Be The Match through philanthropy, they thought of their grandson, who has a more diverse ethnic background, and how it’d be much harder to find him a match if he ever needed one.

Mary and Des are passionate about supporting Be The Match’s research initiatives because they know medical advancements will make it possible to support even more patients. Their generous investment in research takes us one step closer to making sure all patients receive their life-saving cure.

To learn more about how you can make a difference, contact Keith Stout kstout@nmdp.org.