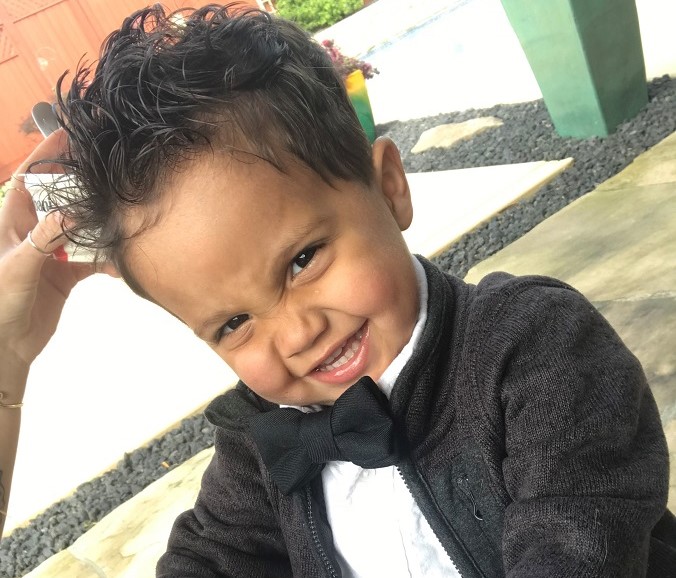 If you met JJ today, you’d never imagine he’s been anything but a typical, active little boy. JJ loves cupcakes, his dad’s drag races and Lightning McQueen. When he’s not in preschool, you can find him doing gymnastics, riding his dirt bike or hanging out with his family. But his first year after birth was anything but typical.

When JJ was born, he had fluid in his lungs and had to be taken to the ICU. Before he was discharged, he had his blood drawn to check for infection. That’s when doctors discovered JJ didn’t have any neutrophils, an essential part of the immune system. Having been diagnosed with neutropenia herself when she was 18 months old, JJ’s mother, Danielle, expected the worst.

JJ was diagnosed with severe congenital neutropenia. At five weeks old, he woke up with a fever and was admitted to the hospital—then several more times again after that, followed by blood work every week and increasing dosages of Neupogen. When he was just six months old, doctors urged JJ’s parents to consider transplant. “He was so little. I wanted to wait until he was two—now I’m so glad we didn’t,” Danielle shares.

Because of JJ’s mixed ethnicity, his parents were told it might take a while to find his donor match. Danielle hosted an event to encourage more people to join the Be The Match Registry®. But amazingly, they received a call about a month later saying his match had been found. “I wasn’t ready,” Danielle admits. “It was all happening so fast.”

JJ received his marrow transplant in October 2017. Danielle recalls the difficult time she had, “Not being able to hold your baby the way you want—it was pretty brutal.” On top of that, as a self-employed hairdresser, Danielle wasn’t making any money when she took time off to be with JJ. A grant from Be The Match® helped cover some of the extra expenses like gas to get her to and from the hospital, meals and parking. “Those were the things I was worried about—the little expenses people don’t even consider,” she says. “That’s where Be The Match really helped.”

For JJ, the transplant went extremely well—so well that he was discharged after just seven weeks rather than the expected 8-10 weeks. He was off isolation by New Year’s Eve and was able to attend his dad’s drag race where he got to ride around in a Lightning McQueen car.

When asked what he wants to be when he grows up, today JJ replies, “I want to be a policeman like Uncle Ryan.” But that answer changes. And for a healthy, active three-year-old, that’s definitely typical.