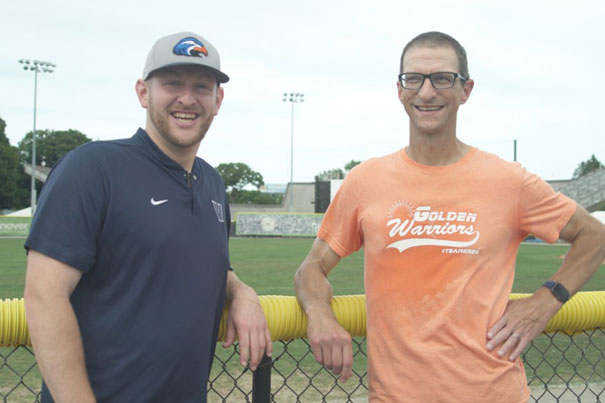 “I’m kind of speechless, but I got to meet the man whose life I saved.” That was Griffin’s reaction just moments after he met his blood stem cell recipient, Greg, on July 31, 2022. But their emotional meeting wouldn’t have been possible without a step Griffin took almost seven years earlier.

Throughout college, he volunteered at Get in the Game events and watched a handful of people he had helped get on the registry go on to donate. But by the time he graduated in 2019, he hadn’t yet gotten the call himself.

That changed in February 2021 when Griffin received a voicemail and text from Be The Match®. He learned he was a match for a patient with acute myeloid leukemia (AML) who urgently needed a blood stem cell transplant. He never had a second thought about saying “yes.” “When I got the call, I was incredibly excited,” Griffin said. “I just wanted to donate as quick as I could. I didn’t want to hesitate at all.”

Like most blood stem cell donors, Griffin donated peripheral blood stem cells, or PBSC, in a process similar to donating platelets or plasma. For the five days leading up to his donation, Griffin received injections of filgrastim, a drug that stimulates blood stem cell production.

Then in May 2021, Griffin arrived at the Rhode Island Blood Center for his donation. “The donation was three hours of sitting in a chair while blood got extracted from one arm,” he explained. “They extracted all the stem cells and then pumped the blood back into the other arm. And then I was free to go.” 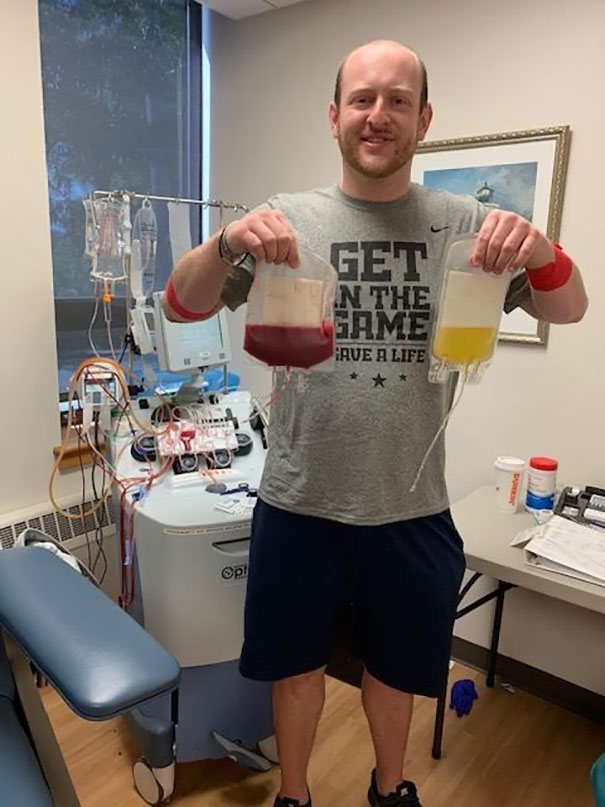 A second chance at life

About 2,000 miles away, Greg and his family were waiting at Presbyterian Hospital in Denver for the cells to arrive. Greg’s road to his transplant day was long. Doctors first diagnosed him with AML in April 2019, and he went into remission after responding well to chemotherapy.

But in 2020, a routine bone marrow biopsy showed Greg had relapsed; he needed a blood stem cell transplant to save his life. When Greg and his family found out he had a match on the Be The Match Registry, they felt relieved.

“We were overwhelmed and in awe that someone would donate and that we would be able to potentially beat this,” Greg said.

After his transplant, Greg had a long road to recovery with many complications, but he slowly made progress. And he thought of his donor every time he took a step in the right direction.

“For anyone who goes through it, it’s a long road. But the starting point is having life-saving cells given to you so you can have a new foundation and actually get better,” he said. 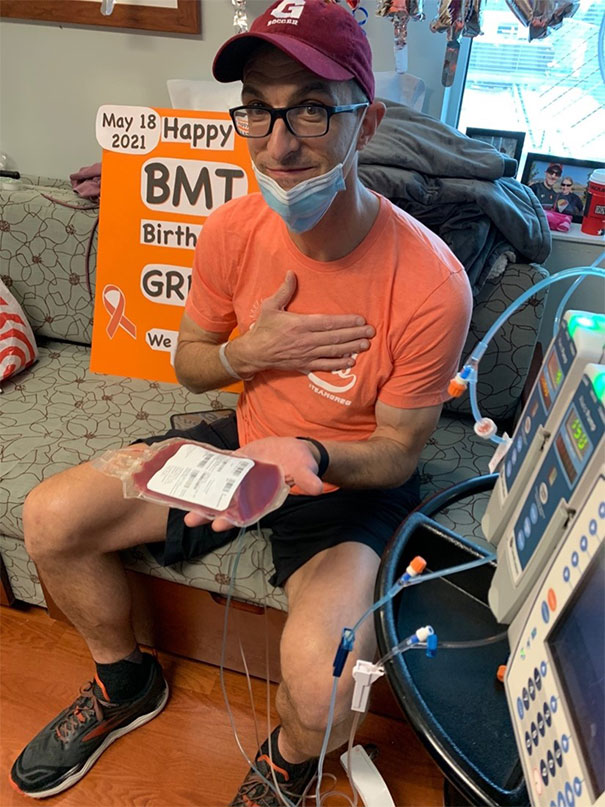 ‘Thanks for saving my life’

Griffin thought about Greg often. The two exchanged emails and talked on the phone, and Griffin hoped they’d be able to meet someday. That finally happened at a Bravehearts baseball game in Worchester, Mass., on July 31, 2022.

“I’m overwhelmed. It’s hard to describe because he saved my life—literally,” said Greg after they met. “That was the title of the first email I sent him: ‘Thank you for saving my life.’” He added, “I could never say thank you enough to express my and my family’s gratitude that he saved my life. He gave me another chance at life. He’s just an amazing individual.”

Griffin says he’s grateful to be part of Greg’s journey forever and he encourages others to join the registry. “It’s one of the most impactful things you could do for someone,” he says. “You could potentially save a person’s life. And that is incredible.”

Someone like you could be a match for a patient who needs a blood stem cell transplant. If you’re between 18 and 40 years old and in good health, join the Be The Match Registry. Visit my.BeTheMatch.org to learn more and sign up.