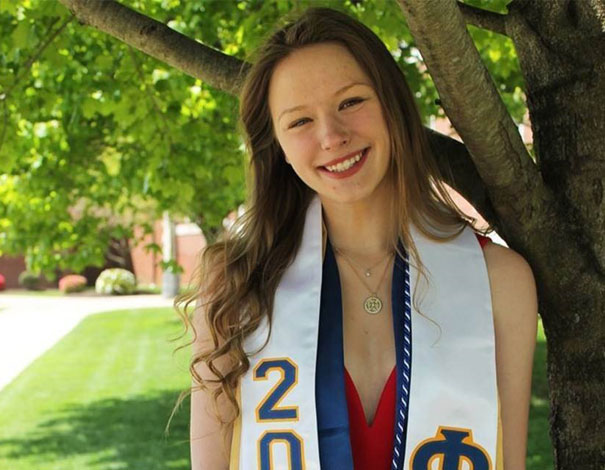 Even though college is a pivotal milestone in life, Rachel couldn’t have imagined that it would lead to her helping save a life. While a student at the University of New Haven, Rachel attended a donor recruitment drive and joined the Be The Match Registry®. She had no idea that one swab would make such an impact.

Nearly four years later, as Rachel was preparing to graduate in 2019, she received a call from Be The Match®—and learned that she was a potential bone marrow match for Jacob, a 14-month-old boy with leukemia. “Hearing how young he was at the time is what really stuck me,” she said. “I have nieces around his age. I could not even imagine what his family was going through together. From that moment, I was in, no matter what.” 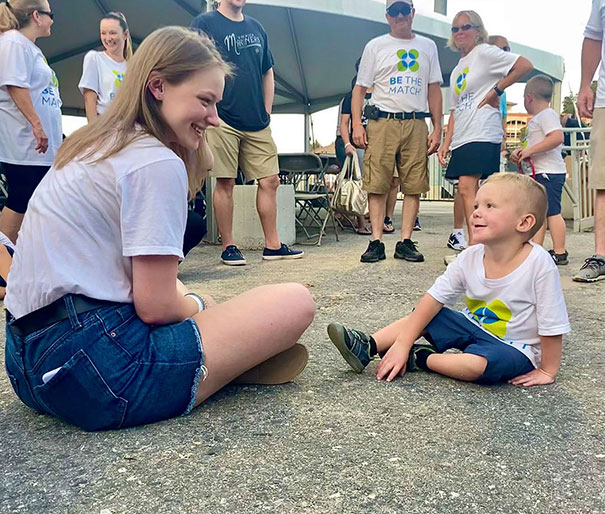 Rachel sitting with her recipient, Jacob.

At the time of her donation, Rachel had never undergone surgery. “I did not have much knowledge about how the process of donating worked, so like anyone would be, I was a little afraid of it all,” she said. “Luckily though, the staff … at Be The Match was more than helpful in answering any calls or texts at any hour of the day. By helping me be well informed about the process and all my options, it made the decision to donate that much easier.”

The need for donors Rachel’s age is great. Doctors request donors in the 18-35 age group nearly 75% of the time, but less than half of potential donors on the registry are in that range. Research shows that cells from younger donors lead to more successful transplants. In Jacob’s case, it gave him a chance to make childhood memories with his brothers. “It took one day out of my life to give someone back their entire life,” Rachel said in an interview with station WRTV. 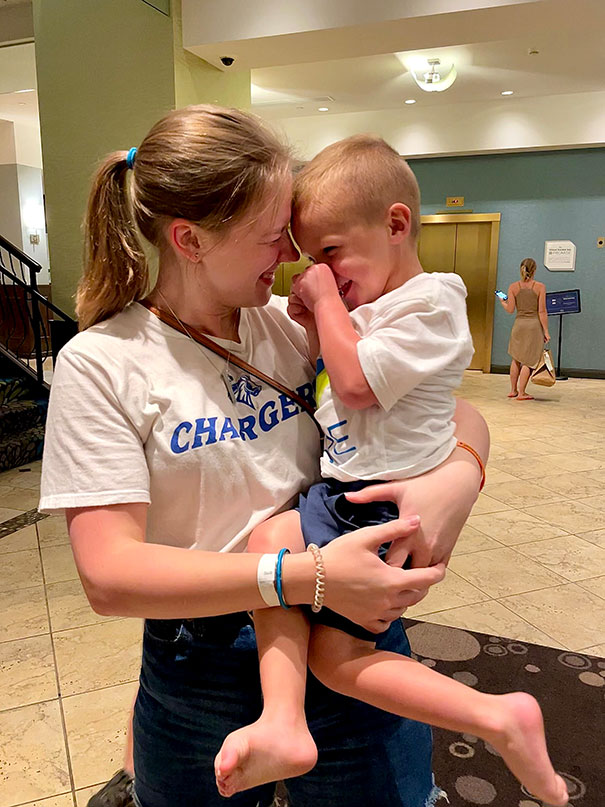 Thanks to someone like you, Jacob received his transplant in 2019 and is now a happy and healthy 4-year-old. “We’re just so blessed that there was a stranger out there in the world that was going to help us save our little boy," said Jacob’s mom, Caylie, in an interview with TV station WCVB.

Rachel hopes her donation story encourages others to join the registry. “One of the greatest things I have taken from this experience is that when you donate, you are not only changing the life of the recipient but the life of the community around them,” she said.

Learn more and join the Be The Match Registry.