So others may live 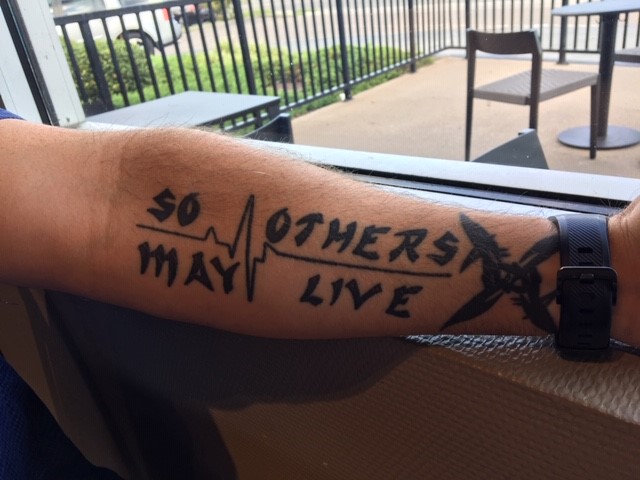 Do you remember what you wanted to be when you grew up? For Malcolm, he is living out the dream his 4-year-old self predicted. He always wanted to become a police officer. He jokes he was inspired by watching “COPS” on Saturday nights with his mom as a child, but the truth is, Malcolm simply wanted to help people.

When he was a teenager, he volunteered with his local police department, to learn more about the career. He was inspired by the focus on community service. Today, Malcolm works in law enforcement at the federal level and has been a volunteer firefighter/EMT for the past 10 years.

His dedication to helping others put him in the right place, at the right time. In 2014, a flier at work caught his eye. Malcolm hadn’t heard of Be The Match® before, but the request sounded simple enough: swab your cheek and maybe save someone’s life. And that’s exactly what he did.

Getting the call to save someone’s life

Nearly three years after joining the Be The Match Registry®, Malcolm got a call. He was asked if he’d be willing to standby for a 17-year-old in need of a marrow transplant. Malcolm was informed that another marrow donor had already been selected, but just in case, they wanted to secure a backup plan. He was surprised when he got another call—the original donor had become unavailable. The patient had already been prepared to receive his transplant, meaning his immune system had been completely wiped out, so time was critical. Malcolm was still committed and proceeded to donate his marrow.

While Malcolm knew of the potential risks involved, he never gave it a second thought. All Malcolm needed to know was there was a 17-year-old boy, a kid, whose life had hardly just begun, depending on him. During any moments of inconvenience or discomfort, he would think to himself, “this is nothing compared to what the patient and his family are going through.”

It’s been nearly three years since Malcolm donated his marrow. Today, the recipient of his transplant is a young man with a bright future ahead of him. Malcolm decided to commemorate his journey with a tattoo on his forearm that’s a constant reminder of his life’s purpose: SO OTHERS MAY LIVE. Even on tough days, all Malcolm has to do is look down for some perspective.

Over the past few years, Malcolm has continued to support Be The Match by telling his story and advocating for others to join the registry. And just this year, Malcolm took his support even further by generously giving Be The Match $25,000, directly fulfilling his mantra—so others may live.

To learn more about how you can make an impact like Malcolm, contact Keith Stout at kstout@nmdp.org