I was the Match 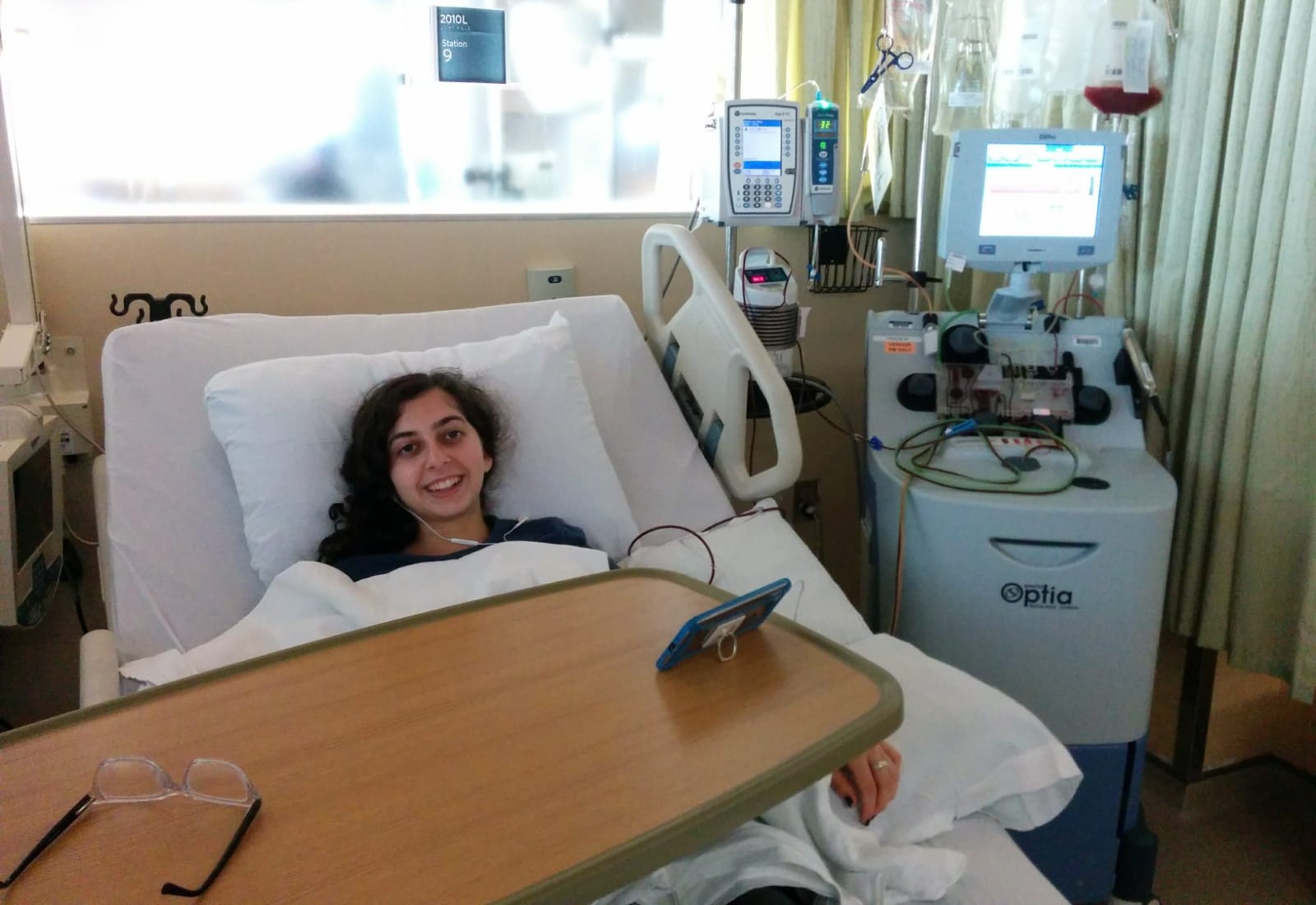 Remember the touching scene in that famous Christmas movie, It's a Wonderful Life, when the protagonist, George, realizes that had it not been for his 12-year-old self, his brother, Harry, would have drowned as a child? Having doubted that his life had any meaning or purpose, George sees very clearly that he did in fact do something heroic and important—he saved someone’s life.

I was in high school when I swabbed my cheek and joined the Be The Match bone marrow registry. Being ineligible to donate blood my whole life (weighing in at a measly 100 lbs due to my being 5 feet tall), I was extra excited to have the chance to help to save a life. Potentially.

"1 in 300 will be selected as the best possible donor for a patient," are the slim odds listed on the Be The Match website. "About 1 in 430 members will actually donate." With these numbers, I figured nothing would actually come of my valiant swab.

Flash forward one year: a missed phone call from Be The Match! This was it: my chance to save a life. I called back the number with my heart pounding fast. But when I reached a person on the other line, all they wanted was to verify my address and phone number in case I one day was a match. I was disappointed. No heroics in my future, clearly.

Until an entire year later. Another missed phone call from Be The Match, but this time I wasn't excited to call back. "Another verification call," I told myself. Only this time, it wasn't.

After initial testing stages, which included blood tests, an informational session, and later a full physical at City of Hope Hospital in Pasadena, CA, I was confirmed as a Match! Even though chances were low, I got to have my own It's a Wonderful Life moment, without having to save anyone from drowning. All I had to do was lie in a bed for six hours while watching Friends on Netflix.

As of now, two years after donating stem cells to a young man from Italy (which is the only information Be The Match could legally disclose to me due to confidentiality), I do not know whether the transfusion was successful. Information-sharing between countries varies and I don't know if I'll ever get an update on the young man whose genes were similar enough to mine to match my HLA markers, even though we've never met and were born in countries 5,000 miles away. But I choose to believe that like 12-year-old fictional George, my 18-year-old swab saved someone's life and changed the course of his and my life forever.

I'm 23 years old and from sunny California. I recently moved to New York and am working as a content writer. I am an avid reader and TV-watcher (you won't find better than Buffy the Vampire Slayer and Dexter). I love to sing and have participated in community theater in Los Angeles and Jerusalem. You can find me singing a song that has a word someone just mentioned in my day-to-day conversations. Plus, now that I live in New York, you can find me trying to find cheap Broadway tickets! Besides for the weather and my car, the things I miss most about Los Angeles are my adorable nieces and nephews! (Just kidding--I miss them the most, of course.) I donated stem cells when I was 20 and have been so thankful that I could play a part in helping someone in what could be such a scary and isolating experience. I am really glad that Be The Match is there so that people don't have to go through it alone.