It was more than 12 years ago that Dwayne Koehn joined the Be The Match Registry®. “I honestly had forgotten I joined,” said Dwayne. “So much time had passed.”

But, in 2019, he finally got the call. “I was told I was a potential match for a patient.” he said. “But they ended up finding someone who was an even closer genetic match.”

So once again Dwayne waited. And remarkably, once again he got a call about a searching patient. “This time I was the most suitable match,” he said.

Having three children of his own, Dwayne said that saying yes and stepping up to donate was a no-brainer. “I hope that if I were ever in a situation like that someone would help me out,” he shared.

Dwayne later learned the recipient of his marrow was a 10-year-old girl named Caroline. And this past summer, he and Caroline were able to meet for the first time and spend the whole day together. “I felt very blessed since I know not many donors and recipients get to meet each other,” he said.

Today, he still downplays the magnitude of his life-saving gift. “I realize the donation process can be a little uncomfortable, but in the grand scheme of things, what I went through was a small price to pay—Caroline’s journey was far more difficult than mine.”

While some people might consider their good deed done after saving a life of a stranger, not Dwayne. Not only did he selflessly donate his bone marrow to Caroline, recently, he and his wife generously donated $20,000 to the Be The Match Donor For All research initiative, a trial that aims at expanding the success and use of identified donors beyond the current 8/8 human leukocyte antigens (HLA) match requirement—increasing life-saving treatment options for patients who may have previously had none.

Dwayne refuses to call himself a hero saying, “I’m just a normal, everyday guy.” And he encourages others to look at the impact they can have on someone else’s life.

You can join Dwayne and become an “everyday hero” by joining the Be The Match Registry and making a commitment to donate marrow when you get the call. Or, play a part in accelerating the groundbreaking work of the Be The Match Donor For All research initiative with your financial gift today. 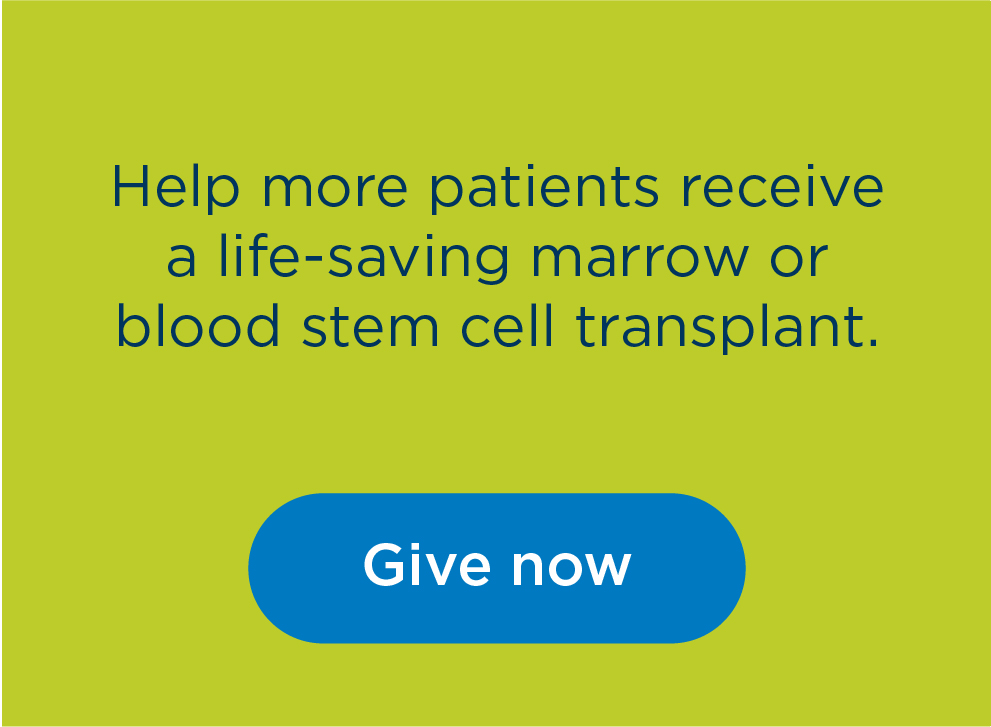