Cured of Sickle Cell by a 20-Year-old Donor 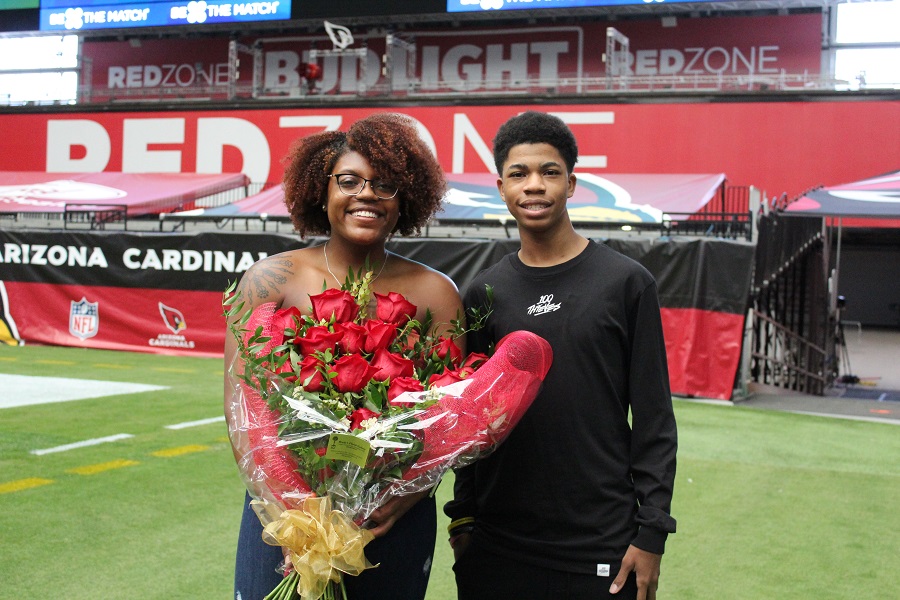 Since their meeting in 2020, Kwincy and Bree remain friends. You may have seen them on a new Amazon series, Crown's Not Just Talking. The series airs every Friday—you can watch their episode starting September 2, 2022.

Kwincy Lassiter, son of Ericka Lassiter and the late NFL player Kwamie Lassiter (1969-2019), was born on August 19, 2000 and soon after was diagnosed with sickle cell disease. He had his first pain crisis when he was only a few months old.

Throughout his childhood, Kwincy continuously suffered from excruciating pain crisis and relied on daily medications and blood transfusions to keep him as pain free and healthy as possible. Still, he was plagued with multiple cases of pneumonia and two occurrences of acute chest syndrome, a potentially life-threatening illness that is also the leading cause of death in patients with sickle cell disease.

Ericka recalls every October with the change of weather each year her son’s pain crisis would return and he’d be hospitalized on and off for the remaining cold weather months. Doctors recommended a bone marrow transplant to cure him. Despite having a twin, Kwincy had no matching donors in his family.

“I was worried at first that we wouldn’t find a match,” explained Kwincy.

The Lassiters turned to the Be The Match Registry to search for a matching unrelated donor. In 2015, one donor was found, but just a few weeks prior to Kwincy being admitted to start a rigorous chemotherapy treatment prior to his transplant, the donor backed out and the family was left once again, searching the Be The Match Registry for another matching donor. His family held numerous drives and encouraged more donors to join the registry. Little did they know that in the adjacent state, a registry drive on a college campus would forever change Kwincy’s life.

At Texas State University in 2015, Bree Randle, a freshman, joined the Be The Match Registry walking back from band practice one day. Unexpectedly she received the call to donate bone marrow to a stranger just months later. On her 20th birthday, July 16, 2016, Bree donated bone marrow in Dallas, giving a selfless life-saving gift to a 14-year-old she never met.

“I didn’t hesitate – I just said, ‘OK, I’ll do it’ and I’d do it again,” Bree said. “Thank you for letting me experience this as well. I know I donated to (Kwincy), but it changed my life too.”

Kwincy, now 20-years-old, met his donor Bree for the first time in October 2020 at the Cardinals Stadium in Arizona, a place where his father took the field as a starting player for eight years. The Cardinals are an extension of the Lassiter family and were excited to host this special meeting. They presented Bree with a dozen long-stem roses.

“I love you and thank you…Thank you for being brave,” Ericka said.

Click here to join the Be The Match Registry.