After losing his son, father gives hope to others 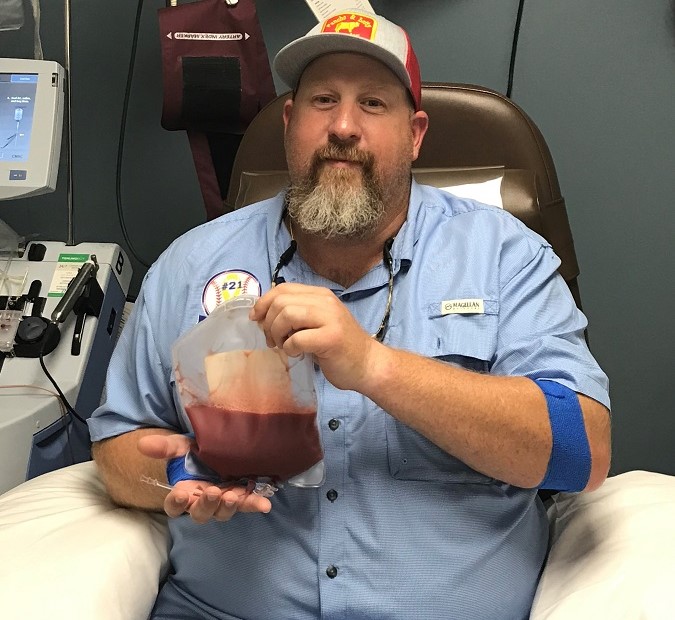 A life cut short In 2016, Joseph Fleming was a 10-year-old baseball player, Astros fan and cancer patient. His battle with liver cancer inspired some Astros players to visit him in the hospital. Joseph lost his battle to cancer just three months after his diagnosis. His parents Jeremiah and Kellie Price wanted to provide hope and help to other families facing childhood cancer. They formed a non-profit called Joseph’s Warriors, which fundraises to help provide care packages, gift cards, blankets, and more to children in the Houston/Gulf Coast area who are hospitalized for cancer treatment.

One of the major fundraising efforts created in Joseph’s memory is an annual baseball tournament. Wanting to make a difference for children battling all types of cancer, Joseph’s Warriors invited Be The Match to the tournament to help register potential donors who might be the cure for patients battling blood cancers.

Jeremiah vividly recalls the day he joined the Be The Match Registry. His wife Kellie asked him a few times throughout the tournament weekend if he had swabbed his cheek yet. Like many people, Jeremiah didn’t realize that a simple cheek swab would mean a call to step up and save a life. He’s glad he finally took a few minutes to join the registry. Fast forward to 2019, and Jeremiah received the call that tens of thousands have received: He was identified as a potential match for a patient battling leukemia.

“When I first got the call I didn’t know what to think or say – I actually thought, this is too good to be true,” Jeremiah said. “After losing a child to cancer it’s extremely gratifying to know I can potentially save someone else’s life – and wish something like that would have been available for our son. Being able to do this for somebody else is exciting.”

Creating a legacy by saving a life

Jeremiah was unwavering in his decision to help save a life. After undergoing further testing, he was determined to be the best potential donor for the middle-aged cancer patient. Jeremiah donated blood stem cells through a procedure called apheresis, where peripheral blood stem cells are collected in an outpatient, non-surgical procedure similar to plasma donation. For five days leading up to the donation Jeremiah received daily injections of a drug that helped stimulate the production of more blood stem cells in preparation for his donation. The donation was a meaningful move by one donor who had lost so much to cancer, but was able to give a second chance at life to a complete stranger.

Jeremiah knows better than anyone how difficult it is to lose a loved one to cancer. His efforts are truly heroic – and now his son Joseph’s legacy is one that includes bringing the community together to help save the lives of other cancer patients.

We honor Jeremiah and donors like him on World Marrow Donor Day. If you’d like to join the Be The Match Registry in honor of Joseph, visit join.bethematch.org/josephswarriors .