Strength from support in a most challenging time 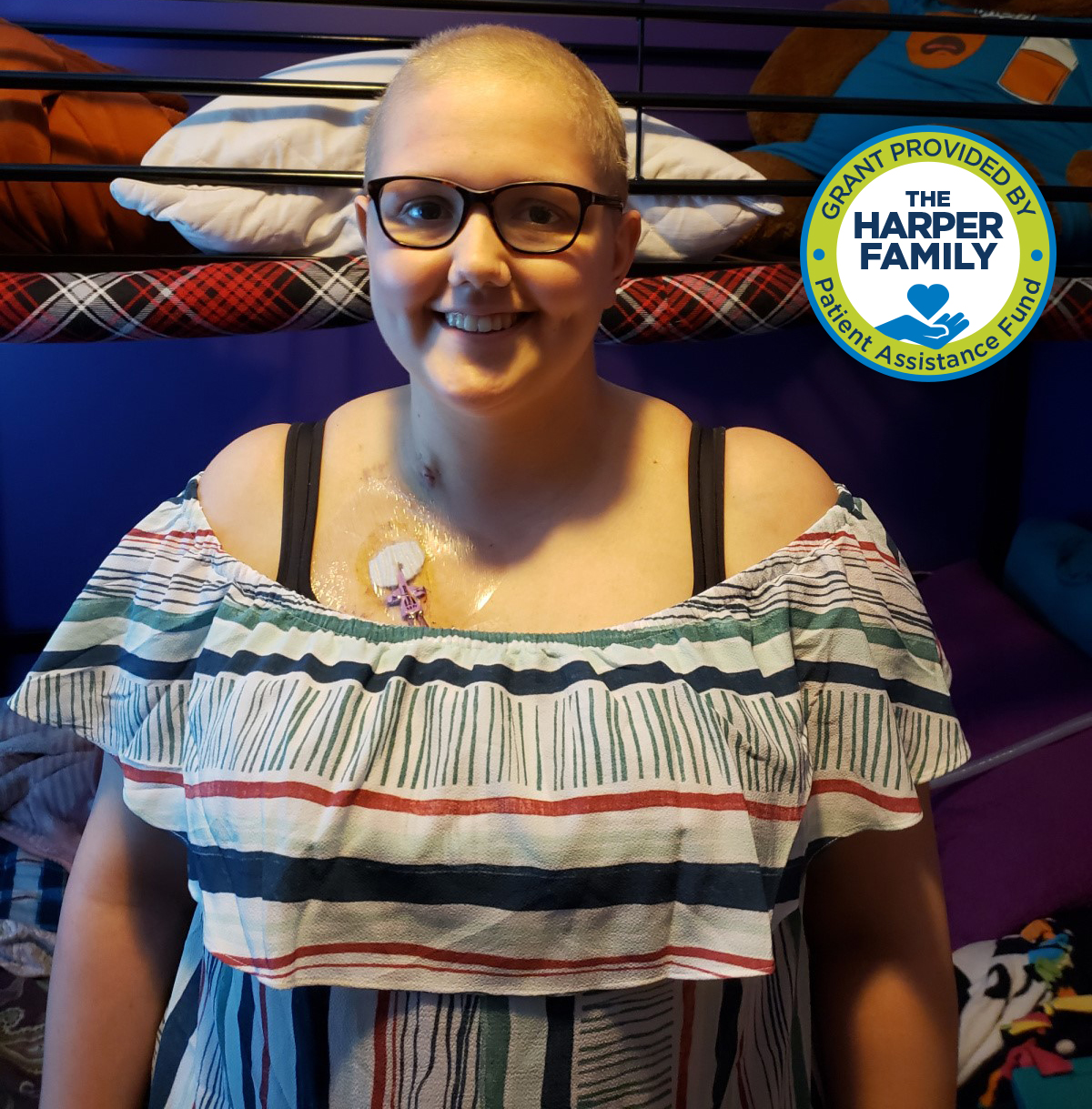 What started as a persistent sinus infection for Kelly led to an acute myeloid leukemia diagnosis. Due to the pandemic she was forced to navigate part of her journey to transplant on her own, but she found strength in support from her mom—and complete strangers.

In January 2020, Kelly started getting sinus infections. After she tried several different medications, the infections still persisted. When she started seeing spots, she made an appointment to see the eye doctor.

During the exam, the eye doctor told Kelly the pressure was extremely high in one of her eyes, leading to a follow-up CT scan which revealed a mass in her sinuses. That evening Kelly was rushed to the ER where doctors drained and biopsied the mass.

Scary diagnosis in a scary time

After more tests and examinations, Kelly was eventually diagnosed with acute myeloid leukemia (AML). She was just 19 years old and it was April 2020—just as the COVID-19 pandemic was quickly gaining ground in the United States.

Kelly’s doctors decided four to five rounds of chemotherapy would be the best course of treatment for her. “I wanted to wait to start the chemo so I could freeze my eggs first,” she shares. “But they did another CT scan and found the mass had already grown a lot and was too close to my optic nerve.”

The road to transplant

Kelly experienced a rare reaction to her third round of chemotherapy. And after genetic testing revealed a mutation that chemotherapy would not target, it was determined that a blood stem cell transplant would be Kelly’s best treatment option.

“Both of my brothers were tested but neither was a match, so we started discussing umbilical cord donation,” says Kelly. Due to the pandemic, she couldn’t have any visitors during her early appointments. “It was terrifying—I had never had surgery before and was completely alone,” Kelly says. She received her transplant in October after two suitable cord blood donors were found.

Cord blood wasn’t the only donation from a stranger Kelly received. She also received a patient assistance grant from Be The Match® thanks to the generosity of the Harper Family Foundation. “Oddly enough, my mom had lost her job just shortly before I was diagnosed,” Kelly recalls. “She became my full-time caregiver—my biggest support person throughout my journey.”

Kelly stayed in the hospital 40 days after transplant. And since she was required to be within 30 minutes of the transplant center 100 days post-transplant, Kelly and her mom had to rent a nearby apartment. “It was about an hour away from our home, so my dad would drive back and forth on the weekends and whenever he could,” she says.

According to Kelly, the Be The Match patient assistance grant helped pay for a lot of out-of-pocket expenses such as gas for her dad’s visits, food and the temporary housing she needed to stay near the transplant center. “We’re so grateful for all of the organizations that helped us,” says Kelly. “When you’re going through a difficult time, it feels good knowing other people care enough to try to help make it a little less difficult.”

Related Posts
Coping with body image changes after transplant
Summer safety: Take steps to take care of yourself
Chemo brain: Learning how to cope
Living with chronic GVHD of the eyes