The experience: what you need to know about sickle cell disease - no matter who you are 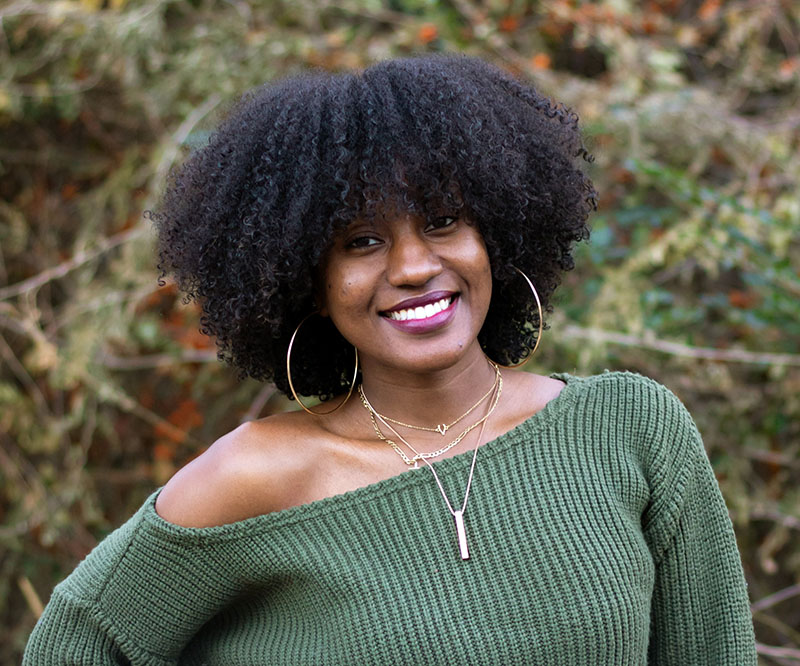 If you’re like most people, you probably don’t know a lot about sickle cell disease. Shakeira Wesley of Atlanta, Georgia, wants you to know what the experience is like. Her two children have sickle cell. “You may have seen them on Thursday, and they looked perfectly fine, but today they literally can’t even move, and it’s only Friday. Know that they’re not making it up. It’s just how it happens when you have sickle cell disease. If you don’t know about this disease, you wouldn’t understand.”

Wesley says she worries about her children’s future. A lifetime of coping with a potentially debilitating chronic disease is a heavy burden. That load is magnified when awareness of, research in and funding for the disease are lacking.

Let’s look at the basics of sickle cell disease. It’s an inherited blood disease that affects more than 100,000 people in the U.S. It’s the most common inherited blood disorder in the country. Sickle cell disease primarily affects people of African descent, Hispanic-Americans from Central and South America, and people of Middle Eastern, Asian, Indian and Mediterranean descent. About 8% of African-Americans are affected.[1]

Sickle cell can cause a shortened lifespan – an average of 54 years compared to the overall U.S. average of 78 – and debilitating pain. The pain results from disordered red blood cells. In most people, red blood cells are round and flexible and move through blood vessels with ease. In sickle cell disease, some red blood cells may become misshapen, hard and sticky. They get stuck in and clog the blood vessels. This can cause pain, infection, organ damage, stroke and other serious health problems.

Sickle cell isn’t a cookie-cutter disease. Symptoms usually appear early in childhood and vary from person to person – from mild to life-altering. They include anemia, jaundice, swelling of hands and feet, stunted growth and development, stroke, pain, infection, fatigue and pulmonary hypertension.

Because the disease can take a major toll on quality of life, with significant pain episodes and frequent hospitalizations, it’s important to have a strong support system with loved ones who can advocate for you to help make sure you get the care you need.

Everyday things that people take for granted, people with sickle cell disease have to work around. When Wesley’s kids are invited to pool parties in the summer, she must contact the parents to find out if the pool is heated. Why? Being in cold can precipitate pain episodes. Similarly, her kids often have to skip winter outings with friends to protect their health and prevent flare-ups. “It’s not fun for kids to feel left out, but we have to be careful around cold and even wind – things most parents and kids don’t give a second thought about,” says Wesley. 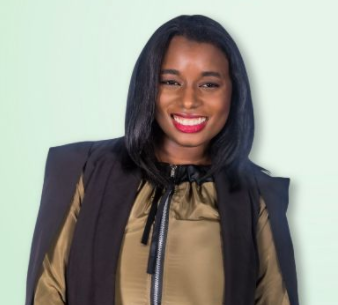 Teonna Woolford, of Owing Mills, Maryland, has sickle cell disease. She’s had those experiences and is grateful for her family support. “They’ve taken time to educate themselves on my disease and are aware of the barriers we face as a sickle cell community, making me feel incredibly valued and less alone,” she says.

The health care system is fraught with barriers

Family and friend advocacy is critical because navigating the health care system can be challenging for people with sickle cell disease. Barriers include access to care, awareness of the disease among the public – not to mention among some health care providers.

“It’s hard to focus on overcoming those barriers when you’re just trying to manage a potentially debilitating chronic illness,” says Woolford. “It’s already a struggle navigating life without the additional burden and stress.”

What could that additional burden and stress look like? Stigmas about sickle cell disease, possibly related to false narratives and racial stereotypes, include assigning negative traits such as laziness, exaggeration of pain and drug-seeking to those with the condition.

“Frankly, these stigmas are ridiculous and insulting,” says Woolford. “Sickle cell warriors want to lead full and productive lives. We have goals, careers and families like everyone else. No one is more inconvenienced by the excruciating, unpredictable pain than we are.”

This pain isn’t visible like a burn or trauma from an accident, which contributes to doubt about whether it’s real. Pain episodes, or pain crises, have been described as like being electrocuted, stabbed repeatedly or having multiple broken bones. One person described it as glass flowing through their body. Imagine feeling that for a week.

Knowledge about sickle cell disease varies broadly across the country. Some patients report having excellent relationships with providers who have expertise in the disease. Others struggle to identify those relationships and find themselves having to educate their providers – a burden patients shouldn’t have to take on. Can you imagine seeing a physician for a disease and having to educate them about the available treatment options? Patients with sickle cell disease face that reality every day.

Wesley describes a situation she encountered in seeking help for her children. “We got pamphlets saying this is what the disease is, and they sent us on our merry way.”

Often, patients feel well supported by the health care system when they’re children but lose that connection in adulthood.

“When I was a pediatric patient, I was empowered to learn about my disease and taught to ask for what I needed,” says Woolford. “But as I transitioned to adult care, that knowledge was weaponized against me, and I was labeled as drug-seeking.”

Wesley says, “The emergency room can be tricky. Sometimes we have really good experiences. Other times, the providers are very short.”

Increasing overall awareness about the disease is imperative. As is an examination of curriculum in medical schools, residency programs – especially emergency medicine – and nursing and allied health training programs.

Let’s face it. The lack of funding, research and comprehensive care centers dedicated to sickle cell disease is a direct result of the population affected by the disease – underrepresented communities, many of who are publicly insured. Diseases that affect a fraction of the number sickle cell disease affects have significantly more resources devoted to them. Disease-specific care teams for sickle cell disease are sorely lacking. Generally speaking, the more patients with a particular condition a physician treats, the better the outcomes. Therefore, spotty expertise nationwide results in outcomes that don’t trend upward, and pediatric patients who aren’t skillfully transitioned to adult care and followed for their lifelong disease.

Cystic fibrosis, another inherited disease that negatively affects mortality, is one of the most common genetic disorders among white people in the U.S., affecting African American, Asian American and Native American individuals far less often. While only one-third as common as sickle cell disease, cystic fibrosis gets more than three times the funding from the federal government and 440 times the funding from foundations.[2] A stupefying and appalling example of inequity when you consider that funding directly relates to treatment options, pharmaceutical research and development, clinical trials and patient outcomes. Real people’s lives affected every single day.

In the last several years, three drugs have been approved by the Food and Drug Administration (FDA) for sickle cell disease. Both are underused due to lack of awareness, financial barriers and the need for follow-up visits for monitoring.

What good is a cure if few know about it?

The only known cure for sickle cell disease is bone marrow or stem cell transplant. Outside of a clinical trial, this option is available only to young people with severe disease who have a matched sibling donor. This treatment takes healthy blood-forming cells from a donor and gives them to the patient via intravenous infusion to replace unhealthy cells. The best donors are healthy siblings or other family members. If none exist, patients can turn to the Be The Match Registry®. Far too few non-white donors are on the registry due to general lack of awareness, fear of the medical establishment and hesitancy to be part of a registry, which limits donor matching.

Despite there being a cure, many patients aren’t aware of this opportunity. Wesley says she learned about transplant as an option for her children in an off-the-cuff conversation with a nurse. “She mentioned that we could use the cord blood from my pregnancy to possibly cure my son who has sickle cell disease. I had no idea there was a cure. No one had told us, which is disappointing.”

This month, when you celebrate Juneteenth, know that June 19 also is World Sickle Cell Awareness Day – the lesser known of the two events. The United Nations General Assembly recognizes sickle cell disease as a public health concern, and organizations around the world are working to raise awareness of sickle cell disease. Please do your part to help in that effort. If you’re a scientist, pursue funding for research in sickle cell disease. If you’re a physician or other health care provider, make sure you’re well-versed in the disease so you can best serve current and future patients. If you’re an employer, inform yourself about sickle cell and have compassion for your team members who are affected and need flexibility. If you’re a member of the public, commit a few of the facts about sickle cell to memory and talk to your friends and family about them. Every little bit of awareness helps. As does every dollar you contribute to advance research. If you’re a family member of a sickle cell warrior, keep on being an advocate for your loved one. Finally, if you’re a sickle cell warrior, we see you. We’re fighting for you to make the world a better, more just place where the attention to your disease is commensurate with the number of people it affects. That means more funding, more research, more treatments, more understanding, more awareness and more cures. Baby steps, but we’ll get there.

Woolford has hope. “I think this is a really incredible time in the sickle cell community. There is so much hope and promise. Multiple stakeholders, including provides, industry leaders, caregivers and patients, are present at the same tables, working to advocate for us and improve our quality of life. The fact that we even have opportunities to have these conversations is amazing.”