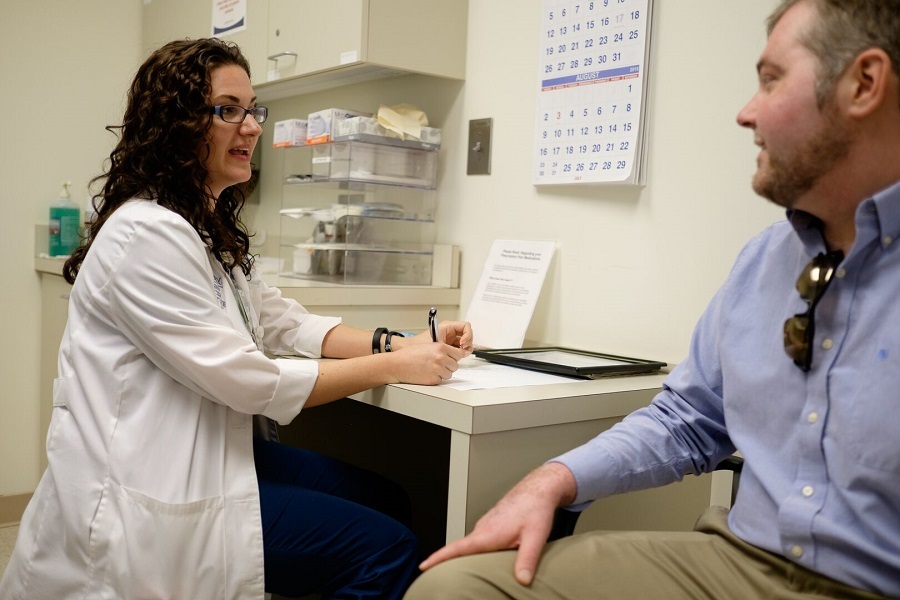 Medical marijuana, also known as medical cannabis, has been a hot topic in the news recently with claims it can treat certain symptoms or even cure some illnesses.

If you look online and talk with transplant recipients, you’ll hear stories about medical marijuana reducing symptoms for some people. While it may be tempting to jump on the bandwagon, Chris Rimkus, an advanced practice registered nurse (APRN) and BMT manager at SSM Health Saint Louis University Hospital, recommends being careful. These anecdotes are moving, but they’re not science.

Chris has studied the research on medical marijuana for people who’ve had a blood and marrow transplant (BMT). She learned there are mixed results and limited information. “Unfortunately, we still don’t know a lot about the risks and benefits,” Chris says.

“Medical marijuana has been studied for reducing nausea and anxiety and increasing appetite,” says Chris. But researchers couldn’t show symptoms got better compared to other treatments. The studies did, however, find serious risks, such as infections. “It can even cause inflammation,” Chris cautions, “which could trigger graft-versus-host disease (GVHD).”

“The risk of infection is high, especially for people getting cancer treatment,” Chris notes. “For BMT recipients specifically, there is the risk of inflammation in the lungs and intestines.”1,2

Other possible side effects include changes in mood, heart rate and blood pressure. Marijuana can also affect your thinking, causing symptoms like “chemo brain” or even psychosis.3

Until there’s more research, Chris remains cautious. When you see ads for medical marijuana, Chris says to keep in mind that “marijuana is a business so there is a push to increase sales.”

Look for information from trusted organizations, like the FDA or the American Society of Transplantation and Cellular Therapy. The FDA also has a consumer update: What you need to know about cannabis.

Questions to ask your transplant doctor

If your BMT doctor doesn’t recommend medical marijuana, but you plan to take it, let your doctor know. They need accurate information about all the drugs you’re taking so they can best care for you.

Be sure to say: I still plan to try it. How long should I wait after my transplant before I use it?