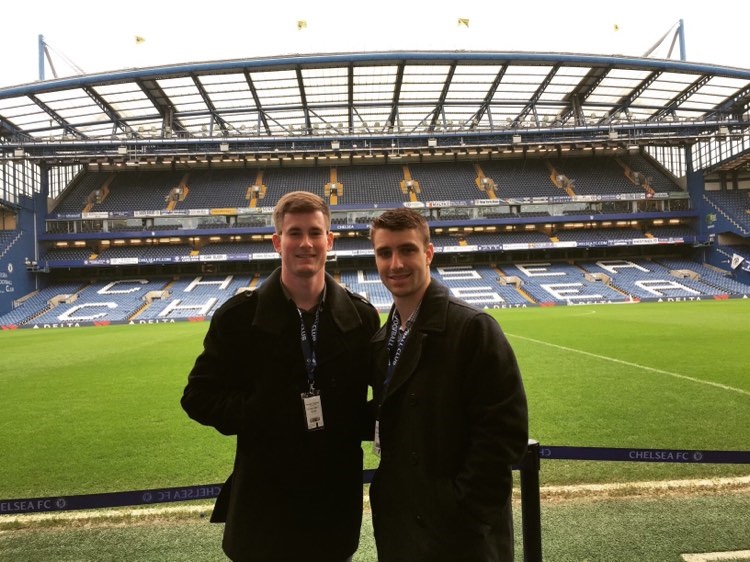 Ryan and Mike have been friends since they were eight years old. They grew up together, playing football and baseball in the neighborhood park, and exploring down by the beach. During the summers they would both caddy at their local golf course, getting in spare swings between shifts. After graduating from high school, Ryan and Mike went on to attend Susquehanna University, where they roomed together all four years. It was there, in their freshman year that they first learned about Be The Match. Their football team is connected with the organization’s Get In The Game program, and they did a lot of advocacy work, encouraging other students to join the registry. Many teammates, including Ryan and Mike, also signed up themselves.

Then, a few months back, Mike received the call that he was someone’s match. Ecstatic, he immediately texted his football alumni chat group with the awesome news. A few weeks later, Ryan chimed in as well—“oh yeah, I got called in for Be The Match too!” he exclaimed. They discovered that, while they had matched with different patients, they were actually set to donate on the exact same day at the same location. The coincidence was nothing short of astounding!

After clearing some additional testing, Ryan and Mike recently went on to donate. Though they were in the same facility at the same time, they didn’t actually end up crossing paths. This is because their donation types were different. Usually, about 80% of the time, donors give peripheral blood stem cells, also known as PBSC. For this method, a drug is taken the week prior, which boosts the production of stem cells in one’s system. The donation itself is very similar to the process of donating blood. In same cases, however, patients may require a marrow donation. Roughly 20% of the time, donors will undergo a brief procedure, to extract marrow from their hip bones. Side effects are usually pretty minimal, though; you might expect to be a little sore for a few days, but that’s about it. On the flip side, this act of kindness gives someone else the chance at life—it gives them the opportunity to love and be loved and to follow their passions.

By joining the registry today, you could help give someone else a lifetime of tomorrows.